The low wing Tecnam Golf was designed by Luigi Pascale in 1996, hence the P 96 model number.  Luigi Pascale also designed the earlier high wing P 92 Echo and the Golf has some interchangeable parts with the Echo.  However it has a shorter wing than the Echo and this gives a higher cruise speed and crisper handling.

We have had 23 P 96 Golf's registered in New Zealand (some with multiple registrations) and the first one to arrive here was registered in December 2000: 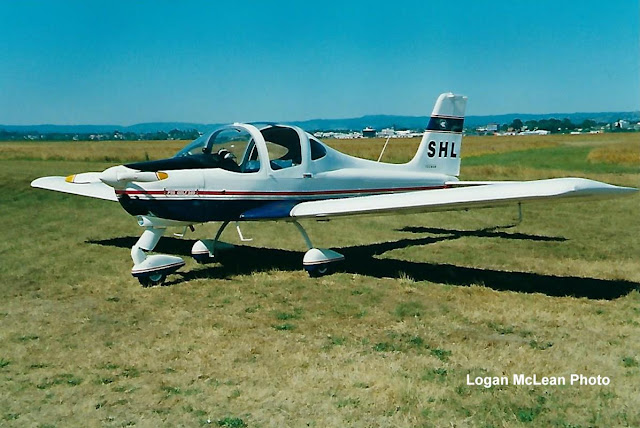 ZK-SHL (c/n 136) was first registered to Logan Mclean of Kaukapakapa on 18/12/00.  The registration reflects the initials of some of Logan's family, and of course Logan went on to become the Alpi agent for New Zealand and registered a series of Alpis as ZK-SHL2, ZK-SHL3 and ZK-SHL4 (see my earlier post on Alpi 300s of New Zealand).  Thanks to Logan for the above photo which was taken at Tauranga 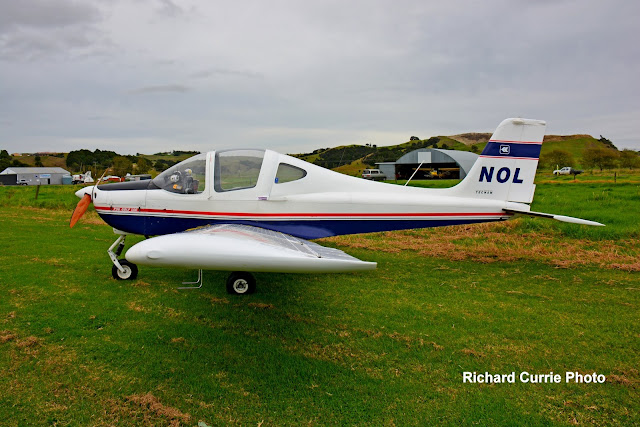 The aircraft was re-registered as ZK-NOL on 23/5/02 and wonership cahanged to the Bay of Islands Aero Club at Kerikeri on the same day.  They kept it for 18 years and it is photo'd above in their ownership at Dargaville on 16/4/16.  Recently, on 27/4/20 ownership changed to R J (Rob)Waters of Auckland and he intends to base it at Kaipara Flats airfield.