Among our twenty three P 96 Golfs several have gone to Australia, but one that was different was ZK-TMG which flew across the Tasman to Australia. 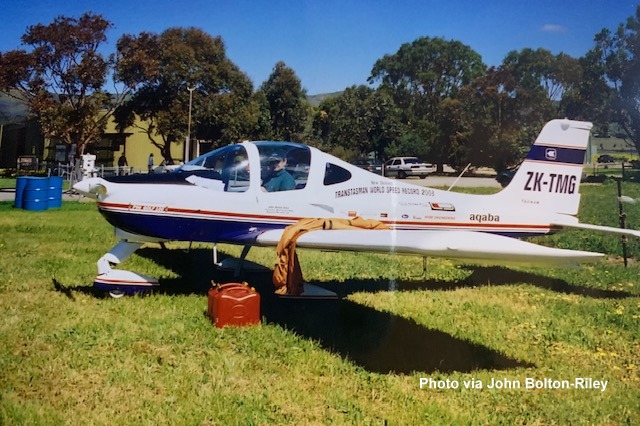 ZK-TMG (c/n 236) was registered to M G M (Michael) Gray of Wellington on 21/2/03.  I think that Michael Gray maybe always intended to move to Australia and he undertook some flying training in his aircraft with John Bolton-Riley at Feilding.  He then arranged with John for him to fly ZK-TMG across the Tasman to deliver the aircraft to South Australia.  John Bolton-Riley had previously flown his Sky Arrow (ZK-EBR) across the Tasman and return, making him the first to fly a microlight aircraft from New Zealand to Australia.  Logan McLean had also flown the Tasman and return in his Alpi and so Golf ZK-TMG would be the third microlight to make the East-West trip, in October 2003. This made ZK-TMG the shortest lived of our Tecnam Golfs in New Zealand at just over 7 months.  I had not seen any photos of it previously, and as you can see above it had the ZK marks as required for international flights. 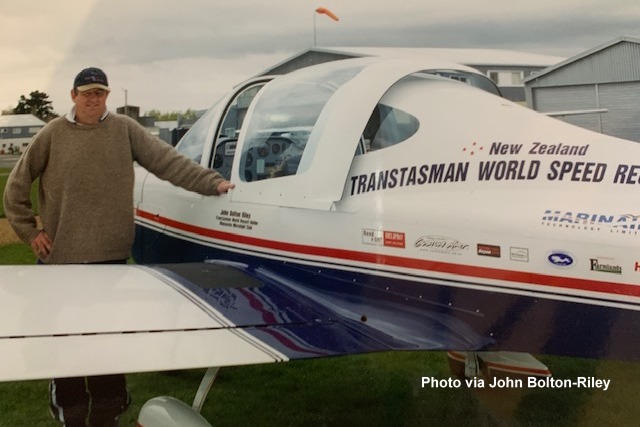 Preparations for the flight were made at Feilding and you can see in this photo taken at Feilding that the crossing had some sponsorship backing and was to be a Trans Tasman World Speed Record attempt for the 500 - 600 Kg aircraft category, which was achieved.  John Bolton-Riley left Feilding on 6/10/03 and located to Kaitaia.  Then on 7/10/03 he flew from Kaitaia to Norfolk Island where he overnighted and the next day he flew on to Lord Howe Island and to Coffs Harbour in NSW, 800 miles in the day. 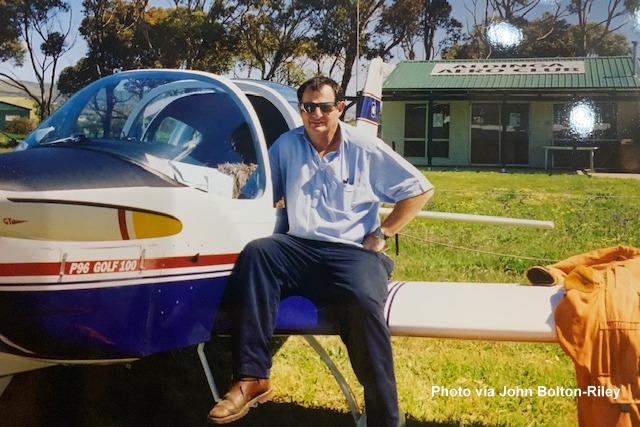 Then over the next few days John flew on via Mudgee and Hay to Aldinga in South Australia where the above photo was taken in front of the Aldinga Aero Club clubrooms.  ZK-TMG was cancelled from the New Zealand register on 14/7/04 and it became 24-4151 with Michael Gray.
Thanks very much to John Bolton-Riley for the photos.