I was interested to see an amazing photo posted on Facebook recently by Gerard Morris.  Gerard posted that the photo was taken during a pilots practice day at Wanaka about a month before Wings Over Wanaka in 1994.  It shows the Alpine Fighter Collections Grumman TBM-3E Avenger ZK -TBM, Zero/Harvard replica ZK-ZRO, Curtis P 40K Kittyhawk ZK-PXL, and DHC-1 Chipmunk ZK-MUH, with the bonus of their Spitfire XVI ZK-XVI flying down the runway in the background: 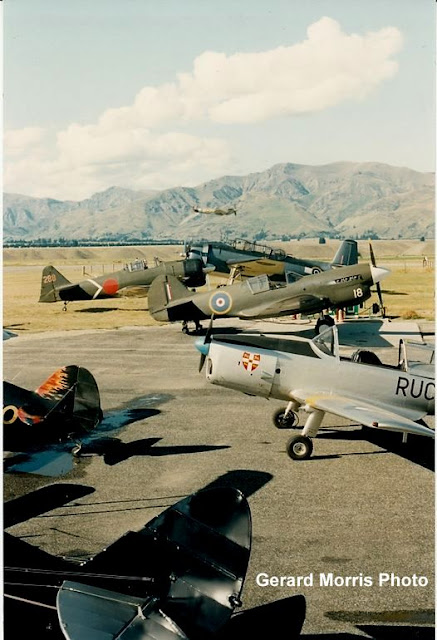 But the aircraft that caught my eye was the black, red, and gold Pitts with the last registration letter of O.  It had to be ZK-PTO but I had never seen a photo of it in that scheme before. 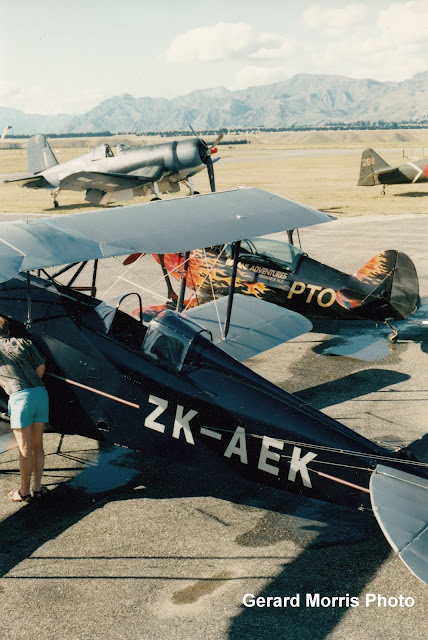 So I asked Gerard and he kindly sent me another photo taken to the left of the original photo showing the DH 83 Fox Moth ZK-AEK with the Vought F4U Corsair ZK-FUI with a more complete shot of ZK-PTO.  Thanks very much for the photos Gerard. 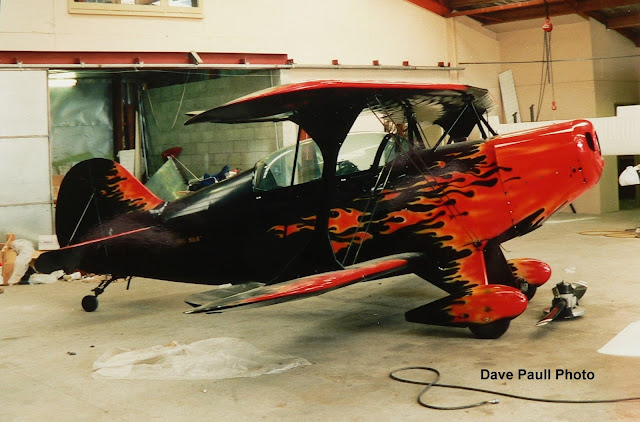 So I asked Blue Bus and he thought he had photos of it, and he came up with these.  First up the Pitts as it arrived at West Melton having previously been VH-WEB, taken on 25/9/92. 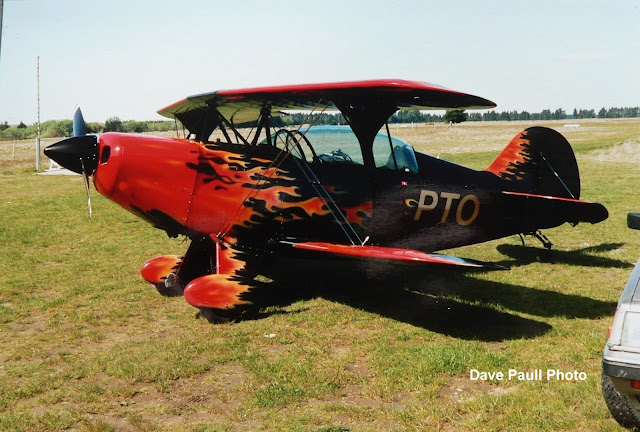 Also at West Melton on 28/10/92, but now with its registration ZK-PTO applied. 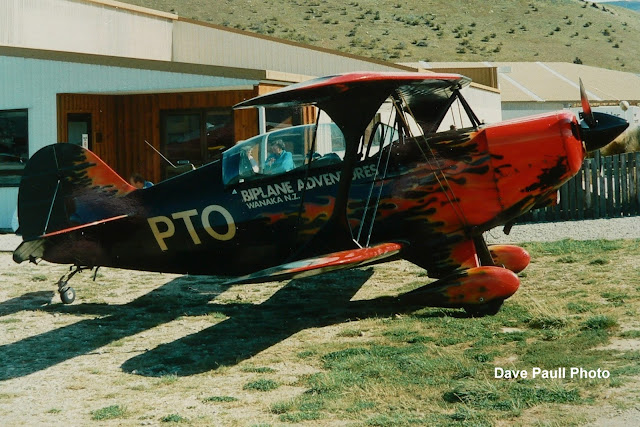 Next, at Wanaka on 4/3/94 with Biplane Adventures titles. 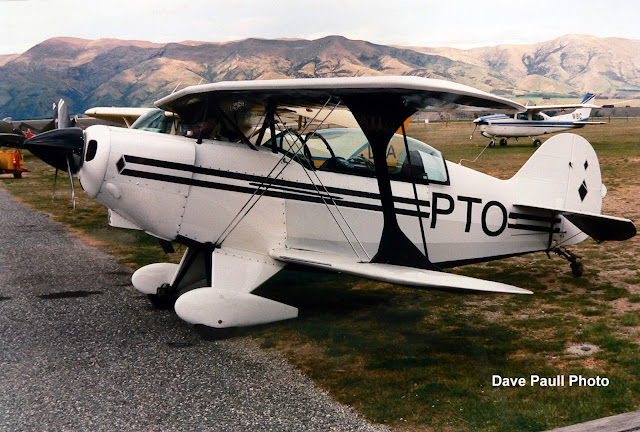 And again at Wanaka on 1/11/97, repainted in the scheme I had previously known about.  Tragically it was lost in an accident at Wanaka on 15/12/00, killing pilot Tom Middleton and his passenger.
I have previously posted about ZK-PTO as part of my Pitts S 2s of New Zealand series at:  https://nzcivair.blogspot.com/2011/12/pitts-s-2-specials-of-new-zealand.html