I Also Remember When

When Wellington Airport was opened on 25 October 1959.  I was 11 at the time and the new airport had been built in front of my eyes as we lived in Melrose looking over Lyall Bay.  What a great time for a young boy, first to be enthralled by all the earthmoving equipment and then to transfer on to aeroplanes!  Of course all of the aircraft at the opening pageant were new to me as I had only previously seen Solent and Sunderland flying boats flying by on approach to Evans Bay.

These photos from Tony Smith were taken on the practice day before the airshow: 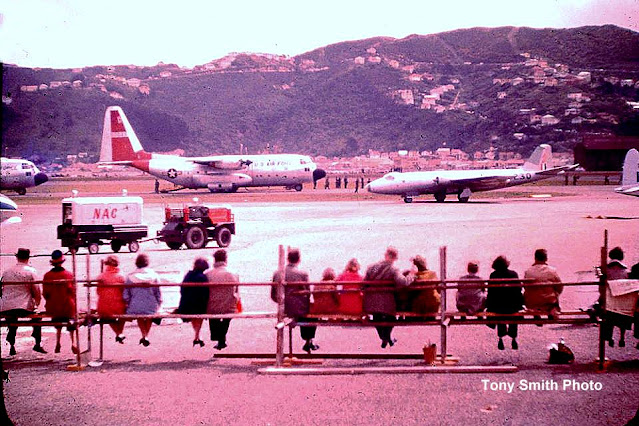 RAAF Canberra A84-230 and a USAF Hercules. Our house is above the Canberra, and that is where I watched the opening pageant from, glued to binoculars.  Thanks to Peter Layne for providing the aircraft identities. 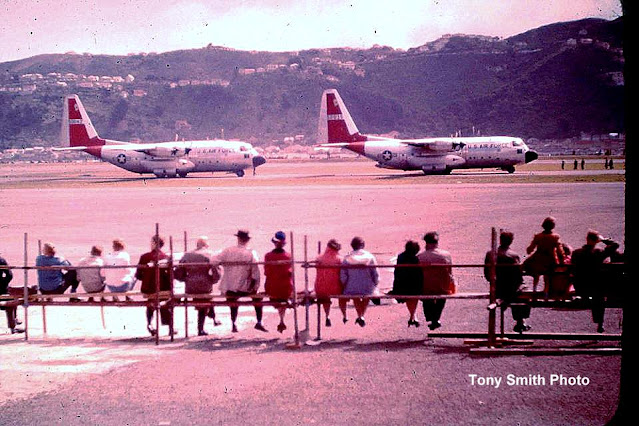 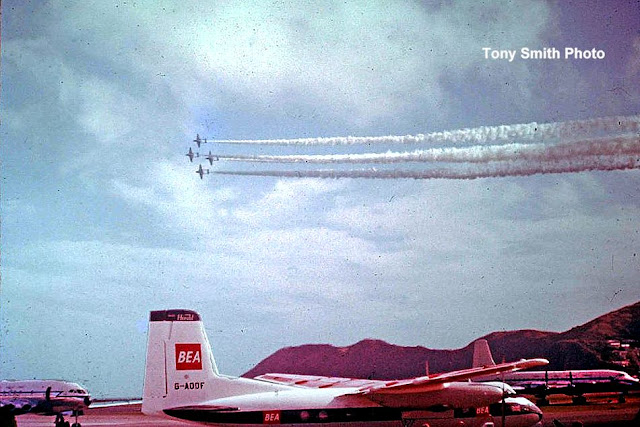 And the Best of British with the RNZAF Vampire aerobatics team (comprising of NZ5753, NZ5757, NZ5762 and NZ5767) flying over RAF DH Comet 2C XK669, Handley Page Herald G-AODF of BEA and a RAF Bristol Britannia XL638.
Thanks very much for the use of the photos Tony.
Posted by Sir Minty at 21:07