The Auster J5F Aiglet Trainer with the constructor number 3106 was built in the UK in June of 1953 and imported into New Zealand by the Bristol Aeroplane Co (NZ) Ltd of Wellington and gained it certificate of airworthiness as ZK-BCK on 07-10-1953 for delivery to the Canterbury Aero Club at Christchurch. 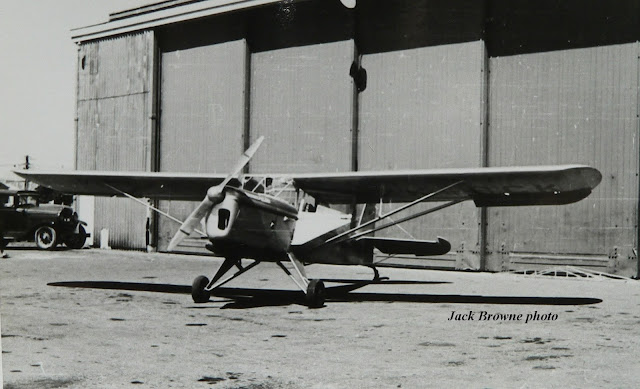 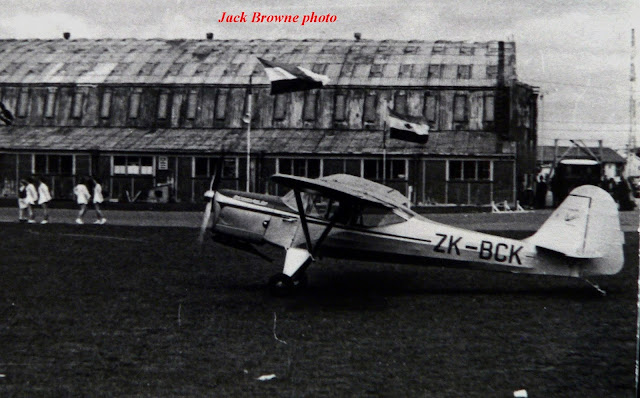 Above - watching over some international (?) sporting event at Christchurch Airport in March of 1954.
Below - the masses having avoided Aviation Security with the lady on the right appearing to be about to swoon over the site of the Auster ! 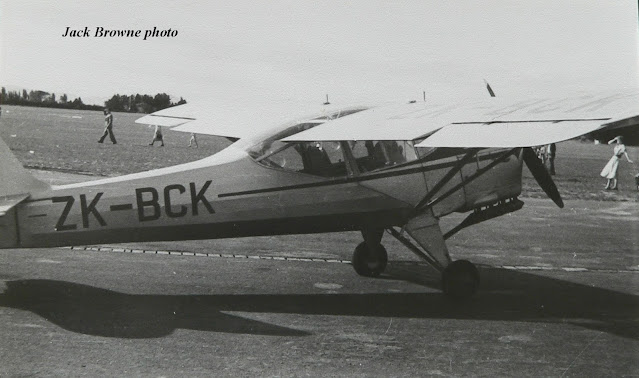 This lead to the Auster ZK-BCK being sold on to the Greymouth Aero Club in January of 1960.The in turn sold it to the Whakatane Gliding Club from August of 1963.
It then was listed to G R Bell and W J Hepburn of Whakatane and carried the "SMIRNOFF IS THE VODKA" at this time.

Photo below from this period from an unknown source. 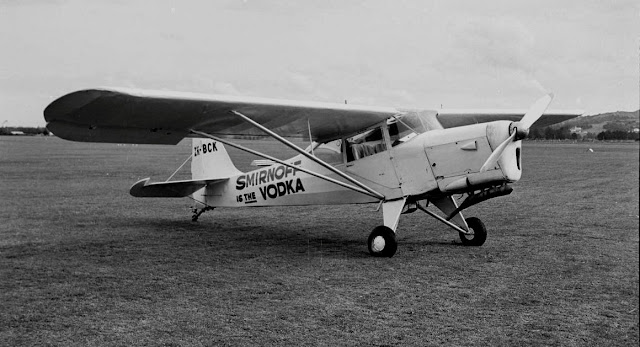 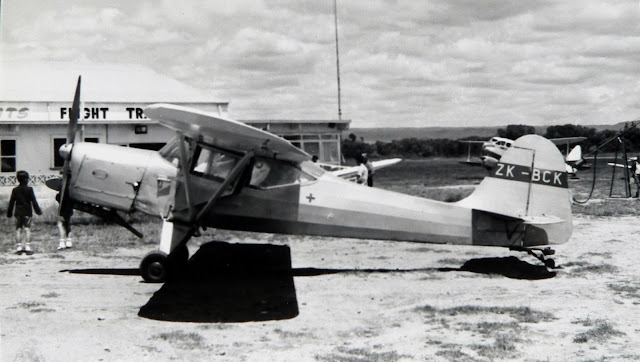 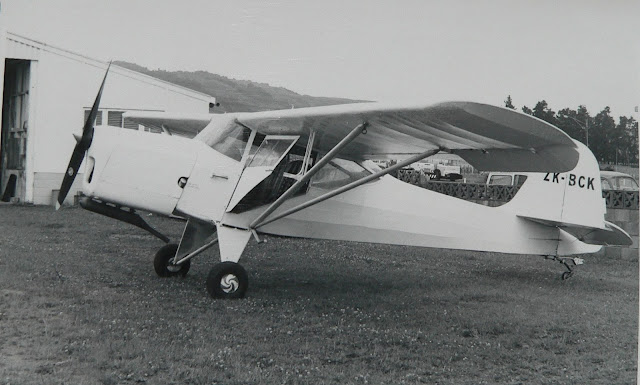 Photo below is ZK-BCK as at Masterton in December 1975 from Allan Wooller. 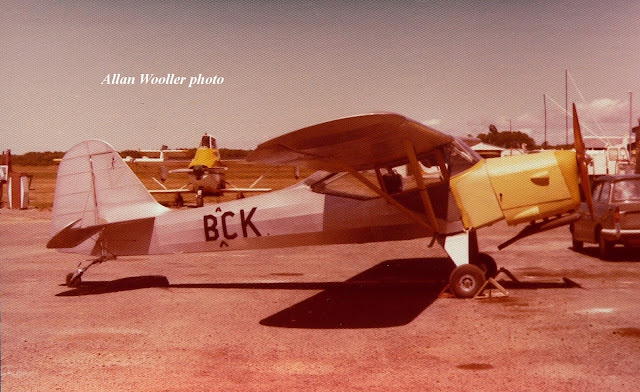 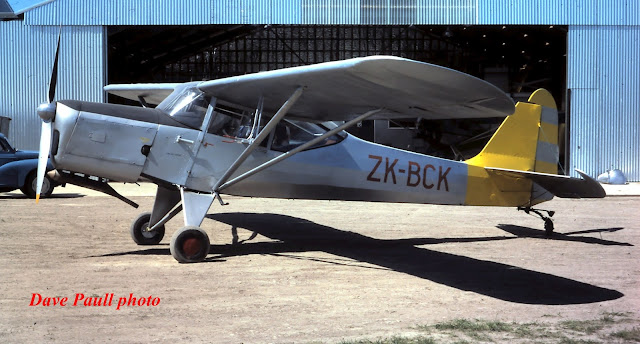 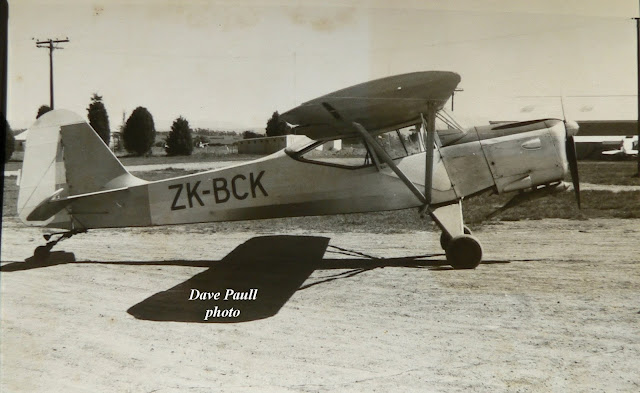 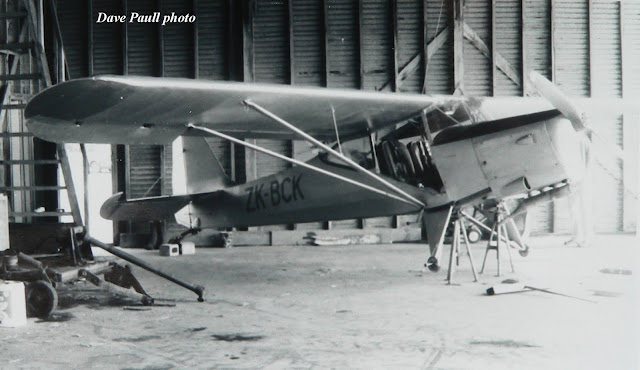 It appears to have been damaged at Stratford on 10-10-1981 and was on sold to C G Hill and I L Cameron of New Plymouth by December that year. 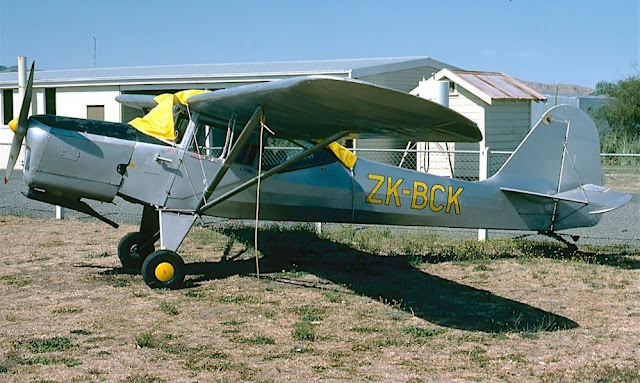 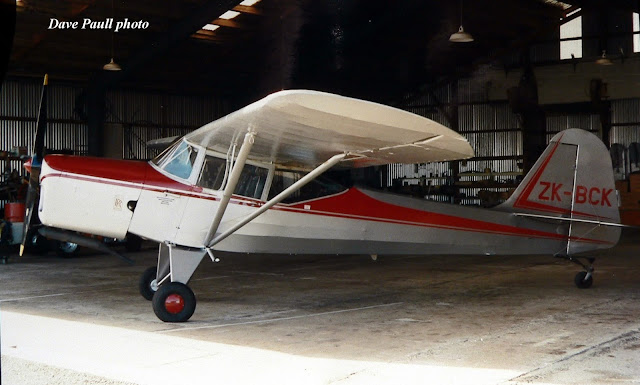 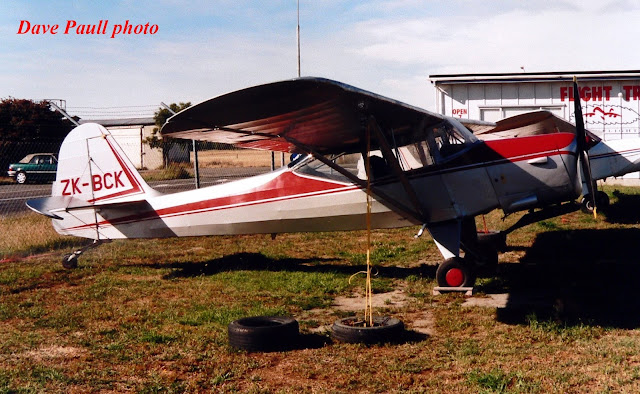 Murray Vincent acquired the Auster J5 ZK-AXJ in May of 1999 and the engine from ZK-BCK was eventually transferred to it. 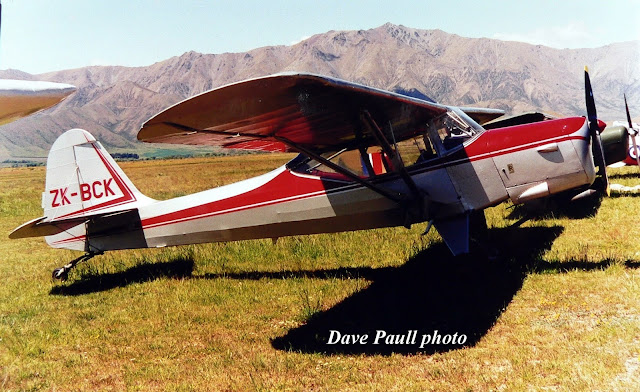 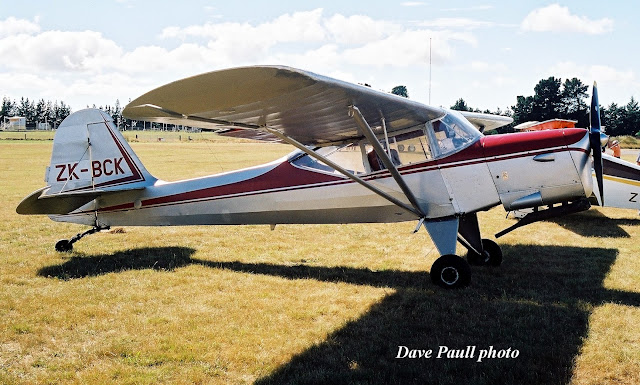 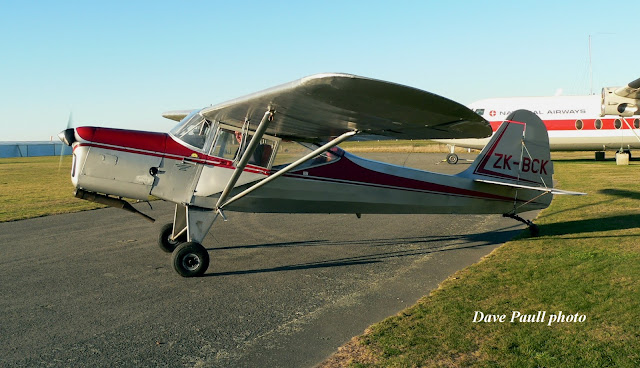 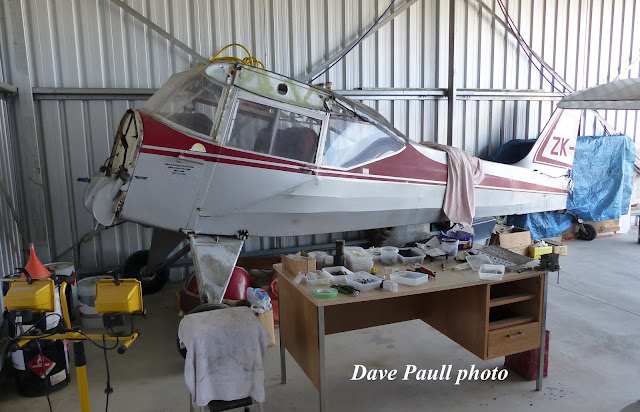 ZK-BCK was noted dismantled and sans engine at Ashburton in early 2014 and was sold as a restoration project to Shannon Surridge of Nelson in May of 2014.