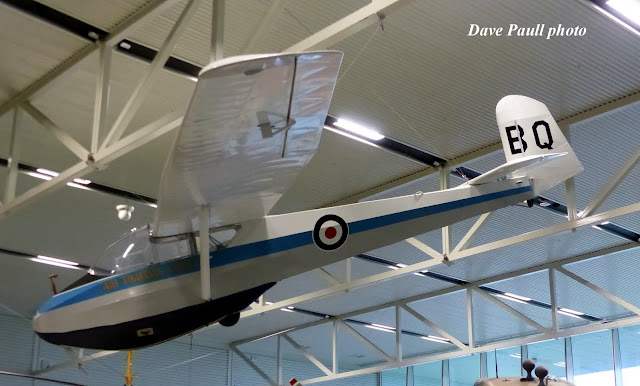 Sunday the 8th was not a good day for airfield trawling.
Next option was the Air Force Museum at Wigram.
I was not disappointed.
As you would expect the majority of the display aircraft are purely military however the Schleicher Ka4 Rhonlerche ZK-GBQ c/n 392/58 was proudly on display.
ZK-GBQ was listed to the Tauranga Gliding Club on 18 April 1958 and first flew on 11 May 1958.
The Waipukurau Gliding Club listed it from 10 May 1968.
The Hastings Division of the Air Force Association purchased it for No11 Squadron Air Training Corp of Hastings from 4 December of 1975.
It was cancelled as withdrawn on 1 May 1991 but was very nicely restored to static display standard for the RNZAF 50th Anniversary.
Posted by Dave Paull at 09:21