The next P 92 model to appear was the retractable gear P 92 2000 RG which had a redesigned fuselage to house the retractable gear and shorter wings to better cope with the higher speeds.  The wings have a different type of flap and the wingspan was 8.7 metres (28 feet 8 inches).  The cruise speed is quoted as 124 knots which is more than 15 knots above fixed gear P 92s.  This model is no longer available but we have had two of them registered in New Zealand: 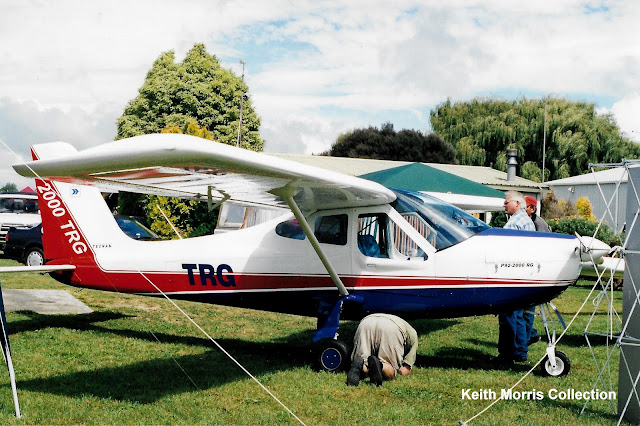 ZK-TRG (c/n 023) was registered on 27/11/01 to Giovanni Nustrini of Auckland and on the same day it was transferred to PP and M Odlum of Matamata.  It is photo'd here very early on in its life at the 2002 SAANZ flyin at Matamata.  I do not recognise who the guy looking under the aircraft is!  On 11/9/14 ownership transferred to R G McLeod of Masterton with whom it is still current. 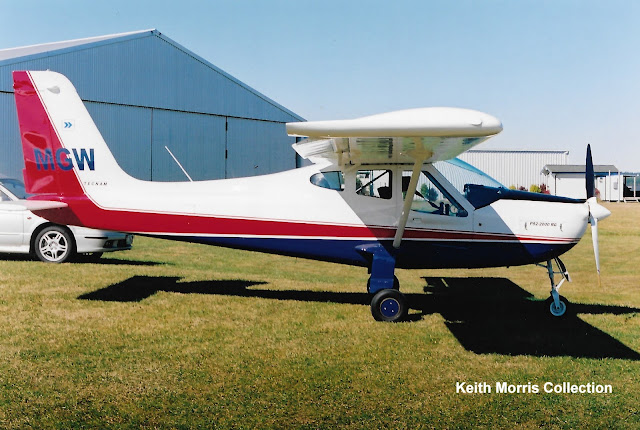 ZK-MGW (c/n 043) was registered to M G Wiltshire of Taupo on 26/11/03, and it is photo'd above early on in its life, at Taupo.  It has spent its entire life based at Taupo, with ownership being recently transferred to D G Halligan of Taupo on 11/2/21.