This next batch of Pitts S 2's, all imported in the 1990's, have all been used for tourist flights in Queenstown and Wanaka.
The photos are from the Keith Morris collection unless otherwise noted. 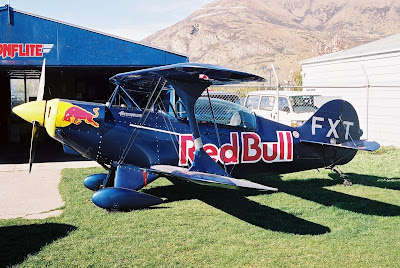 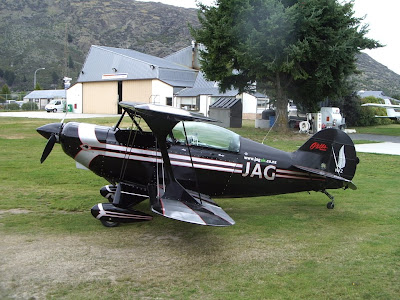 Ownership was transferred to Jagair Ltd of Wellington (Ray and Amy Mudgeway) on 25/8/06 and the registration ZK-FXT was cancelled on 20/11/06. It was re-registered as ZK-JAG on the same day. The above photo was taken at Queenstown on 24/2/08, where it still operates tourist flights. 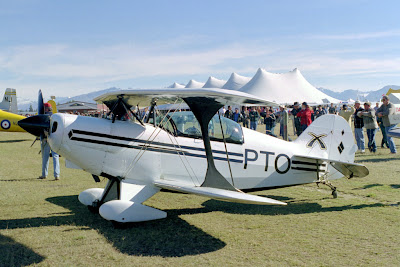 ZK-PTO (c/n 2182) was a 1978 Aerotek built S 2A model that was ex VH-WEB. It was imported into New Zealand by Grant Bissett of Ashburton and was first registered in New Zealand on 6/11/92. Ownership transferred to Biplane Adventures at Wanaka in 1994 where the above photo was taken by flyernzl at the 1998 Wanaka Airshow. Tragically it was involved in a fatal accident at Wanaka on 15/12/00 killing the pilot and passenger. This was the second fatal Pitts accident at Wanaka, after ZK-ECO 15 years before. ZK-PTO was cancelled on 23/3/01. 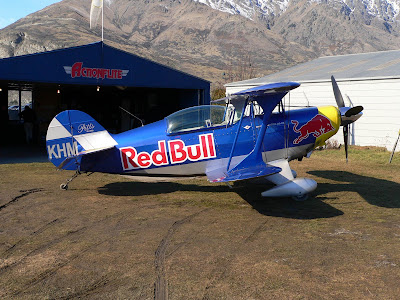 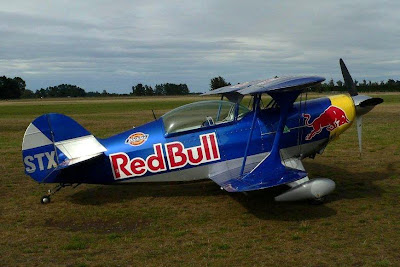 Finally it was sold to Aerostunts Ltd of Christchurch on 19/1/10 and the registration ZK-KHM was cancelled on 22/1/10 and re-registered on the same date as ZK-STX. The above photo, also by Blue Bus, was taken at Rangiora on 14/3/10. It has returned to Queenstown to operate tourist flights in association with the Wakatipu Aero Club, and a website shows that it is now operating without the Red Bull signage.
Posted by Sir Minty at 20:09