Russell Woods has built a Jodel D.18 from left over wood from his previous forty years of aircraft construction. These previous projects include the original Jodel D.11 ZK-EDR1 , Isaac Fury ZK-RFC and the Sequoia Falco F.8L ZK-FWA. The latest project has become ZK-EDR2 powered by a historic Continental C.75 engine. It is being test flown by John Goddard. The engine in this aircraft was the one used by Harry Newton in his flight from Belgium to New Zealand (crossing "The Ditch" on 09-10-1947) in the Erco 415 CD Ercoupe which became ZK-AQX. The engine was later used on the Jodel D.119 ZK-CKG and then stored for many years.Below is Jodel D.18 ZK-EDR2 as seen at Christchurch yesterday (09-12-2011). Now there cannot be many microlights working out of Christchurch ! 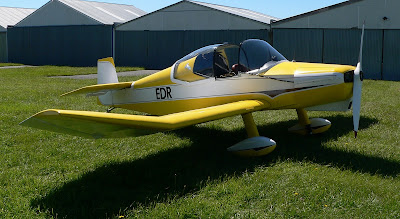 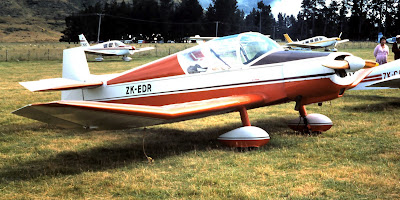 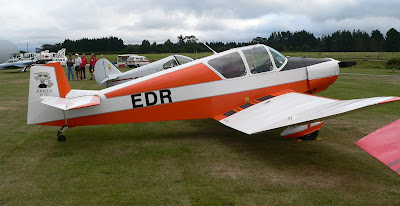