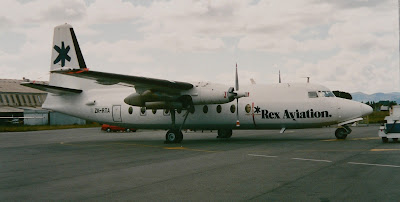 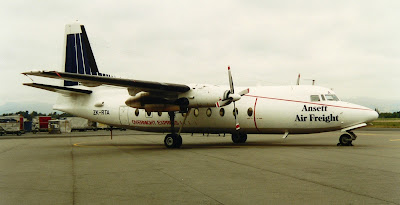 On 31-03-1996 it departed Auckland for Norfolk Island and then on to Coffs Harbour and Melbourne the following day.
It rejoined the Australian register as VH-WAN on 22-05-1996 with Independent Air Freighters out of Tullamarine and then moved to Aircruising Australia Ltd of Mascot on 17-04-2001 only to be withdrawn at Tamworth later in the year.
It made its way to the Queensland Air Museum (QAM) in about August 2008 and is seen below in shots taken recently by ZK-CMM.

Not visible in the above photo is the fact that it wears both its VH-FNQ (on fuselage) and VH-WAN markings (on fin fillet). 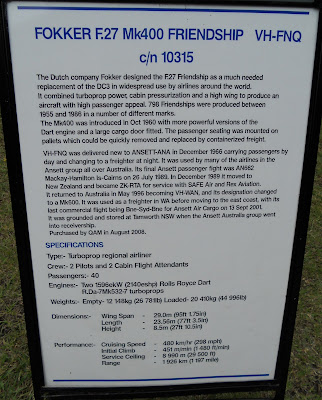