Arriving at Auckland International on 22 December was Vans RV 6 VH-VGS, having flown from Southport, Qeensland via Lord Howe Island and Norfolk Island. 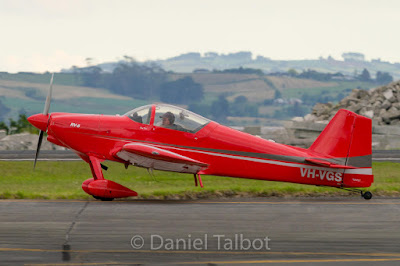 VH-VGS arriving at Auckland International.  Photo thanks to Daniel Talbot via MRC. 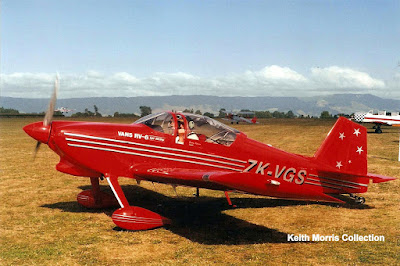 This aircraft has a strong New Zealand connection, being built in Auckland by Air NZ Captain Gary Spicer and being registered here on 13/5/99, and it is photo'd above at the 2000 SAANZ flyin at matamata.  Gary retired to Australia and flew ZK-VGS across the Tasman, and its New Zealand registration was cancelled on 25/6/03.  I understand that it might revert to ZK-VGS as the new owner also has the initials GS!