Piper PA-18A-150 Super Cub ZK-BKA (c/n 18-4638) was the sixth equal Cub to join the NZ register - doing so on 12-12-1955 (along with ZK-BJZ) to Airwork (NZ) Ltd at Christchurch.
It first flew here on 21-12-1955 and was delivered to Harts Aerial Topdressing Co Ltd of Christchurch.
The six following photographs are from the Des White collection thanks to the Aviation Historical Society of NZ.
(are you a member yet ? ). 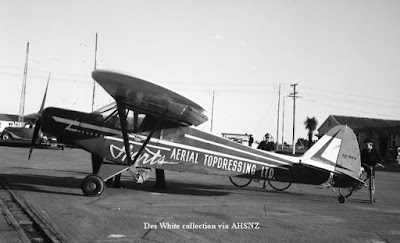 These first two shots are from early on - possibly 1956 - showing the small ZK-BKA registration letters on the rudder and the 'PIPER' name on the fuselage forward of the cockpit. 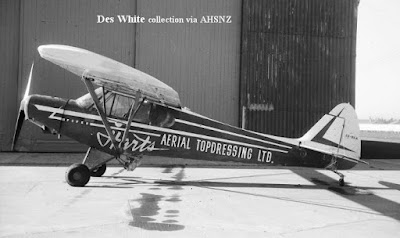 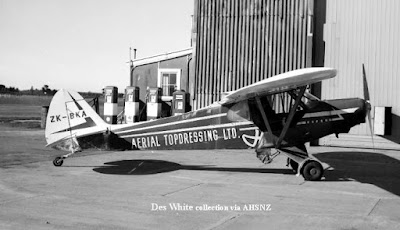 Above and below - basically the same scheme but with larger registration letters spread across the fin and rudder and about half way up. Both at Christchurch. 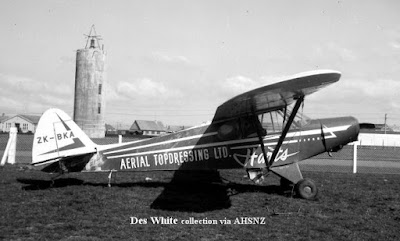 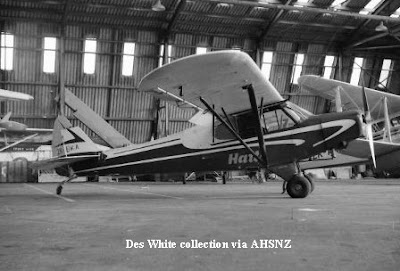 Above - in the large hangar - which became the Mount Cook hangar - in a different fuselage colour scheme with the registration letters lower on the vertical tail and the 'AERIAL TOPDRESSING LTD' no longer on the fuselage, the 'HARTS' is in a different font and the "PIPER' is missing from the forward fuselage.
Sometime in 1966 it was with Ivan East of East Aviation Ltd of Wellington - who worked out of the Wellington Aero Club hangar.
It is seen below on 04-09-1966 tied down beside the East Aviation/Wellington Aero Club hangar -  now minus all Company markings and hopper, and is now fitted with glider tow hook. 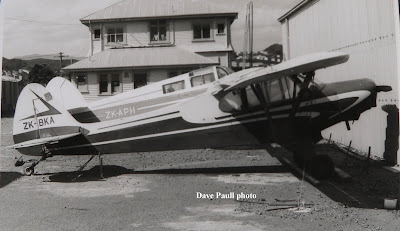 Below we see two views of her at Paraparaumu wearing 'Wellington Gliding Club' script. 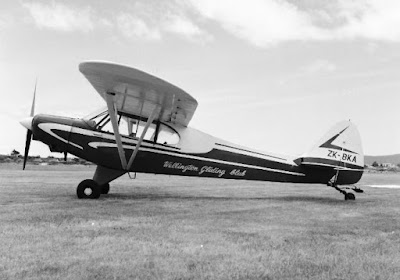 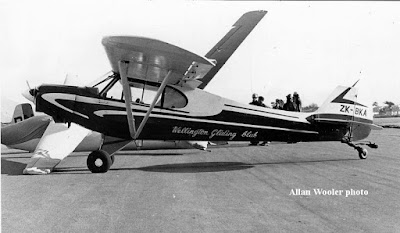 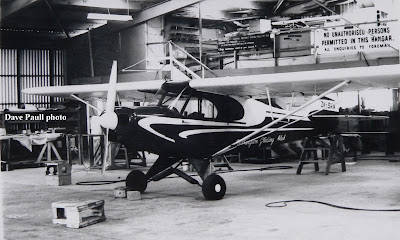 During this period it was given a complete new colour scheme - as seen below at Paraparaumu in January 1971 with a small Piper chevron on the rudder and small ' Wellington Gliding Club' text on the engine cowl. It also has a rear vision mirror fitted. 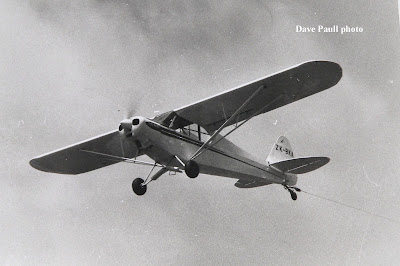 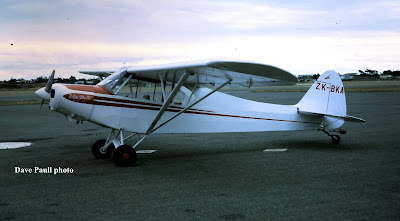 Above and below - A view from both sides when Parked near the Aero Club at Paraparaumu on 15-01-1971. 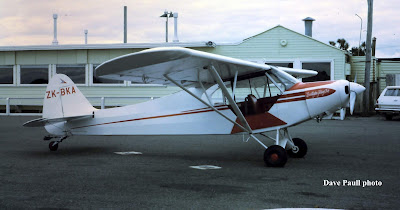 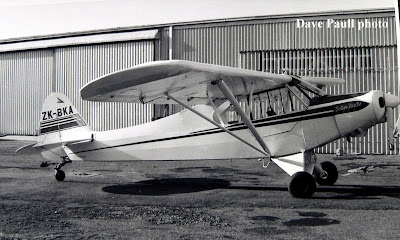 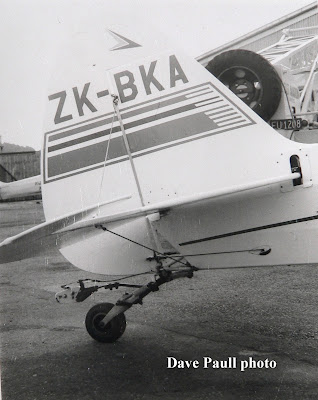 Below - Returning to land at Paraparaumu as seen by Allan Wooller.
No it is not an all yellow scheme - its just the aging process of colour prints from the 1970's. 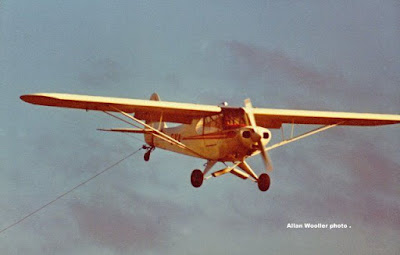 Below we see it at Masterton in February of 1976 - again the colour print aging - from Allan Wooller. 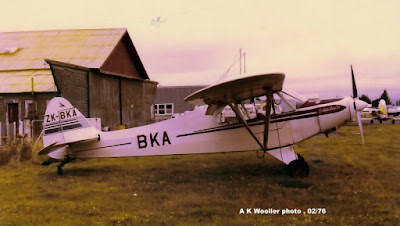 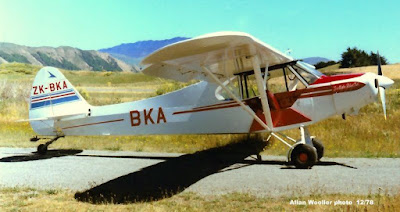 Above - on December 1978 Allan Wooller caught it again - back at Paraparaumu.
In late January the Club officially took over the Piper PA-25-235 Pawnee ZK-SUG followed by Pawnee ZK-TUG in November.
According to my notes ZK-BKA passed through Associated Aviation at Paraparaumu in late 1995, spent a short time with the Tauranga Gliding Club before joining Cross Wind Holdings Ltd at Tauranga from 16-02-1996.
Cross Wind (if memory serves was David Campbell, Andrew and Joanne Gormlie Bryan Thorn and Neville Dodds).
It then transferred to the Cub Syndicate - Tauranga on 19-07-2000. 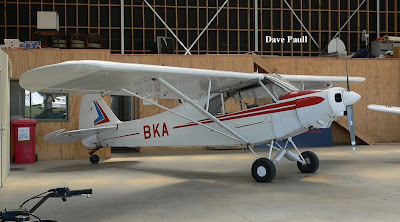 Now we can jump forward a few years and find ZK-BKA above at Tauranga on 16-03-2009 with revised tail markings..
Ownership passed solely to David Campbell from 20-01-2017.
The current owners Bidgood Family Trust of Taupo were listed from 04-03-2018 where the Cub replaced the  Cessna 170A ZK-OCC - as seen in the background in the photo below taken at Taupo recently.

Below we see ZK-BKA parked over on the Boyd Strip , Central North Island.

And below the nicely equipped office. 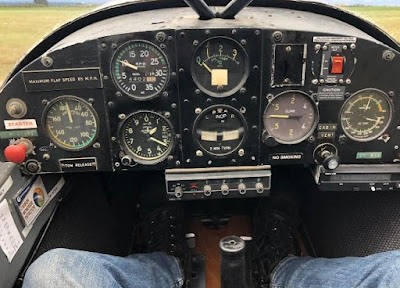