I had planned to return to Warkworth on the Tuesday, so I took the opportunity to travel down to the Manawatu with Wayne on the Monday.  First stop was Feilding: 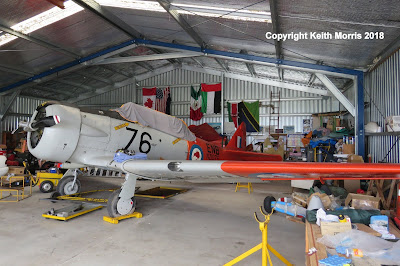 Rex Brereton was working in his hangar where his Harvard 3 ZK-ENB (c/n NZ1076) was tucked up. 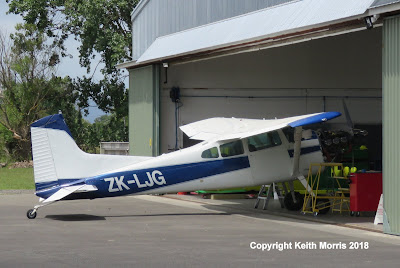 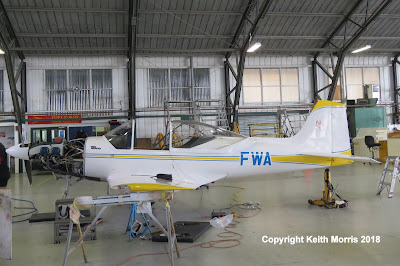 And over at Fieldair Engineering at Palmerston North was the nice Sequoia Falco F 8L ZK-FWA2 of Warren "Wal" Thompson who flies RNZAF King Airs out of Ohakea.  Thanks to Quentin Hughes for singing me in to get access to the hangar.  Both Wal and Quentin told me they are regular NZ Civair blog readers - Thanks guys, nice to meet you. 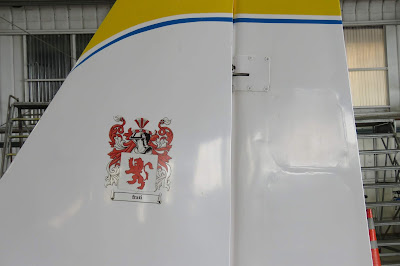 A really nice touch on the fin of the Falco is the Frati family crest in honour of the designer Stelio Frati.