Late in the day at Stratford, Mark Tocher arrived back in his Cresco 750 which was a new one since I was last down there in August (when the Cresco was ZK-LTW).  He has a garage door opener for his hangar so after carrying out his required engine checks he just taxies straight in and shuts the door.  Nice. 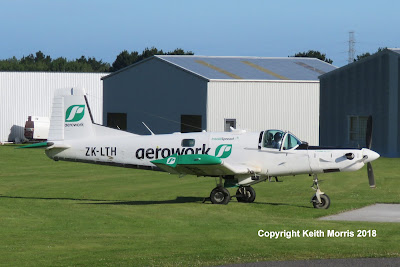 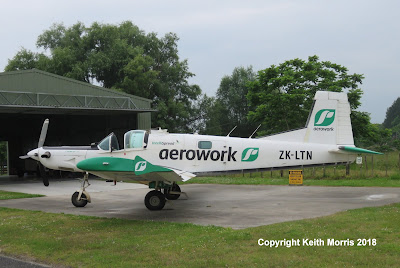 And after many times passing through Te Kuiti, I finally caught ZK-LTN (c/n 031) outside its hangar, also in the slightly new colour scheme.  This one is ex ZK-LTW2. 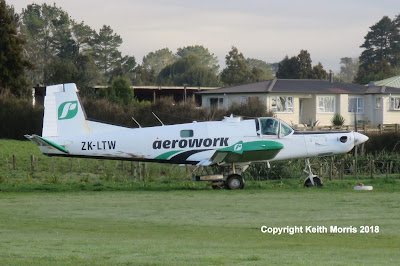 For comparison, here is ZK-LTW3 (c/n 019) at Stratford back in August.  Thanks to Delticman who pointed out the slightly new colour scheme.