A couple of weeks ago when I was down in Wellington, I found a new spot (for me) on the Maupuia Peninsula to catch a few aircraft flying into Wellington in a light Southerly.  A couple of weeks delay doesn't really matter much as the 3 aircraft that arrived over 12 minutes could have been from more than 10 years ago. 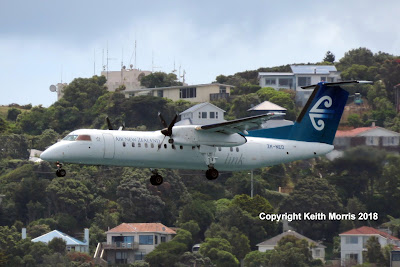 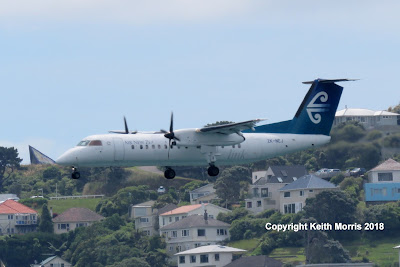 Followed by Teal tailed ZK-NEJ.  The Air New Zealand fleet guide in their Koru magazine lists that they have 23 Q 300s in their fleet and I saw 5 still with the Teal tails in Wellington. 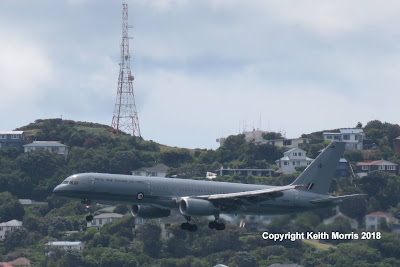 Then the RNZAF's Boeing 757 NZ 7571 flew past on the glide slope not standing out too much in its low viz scheme. 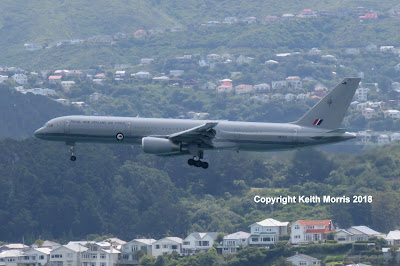