After such an interesting aircraft day on the 8th of December, I continued on to Taranaki on Sunday the 9th.  The weather was great and Mt Egmont was towering.  I really lucked out at Norfolk Road as the North Taranaki Aero Club and the Norfolk Road Aviation Sports Club were having their own Christmas BBQ and flying competitions so all the hangars were open with lots of planes out in the sun. 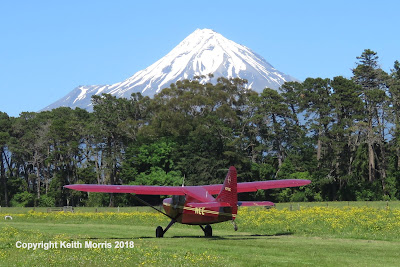 Grant Wisnewski in his Stinson 108-3 ZK-NCC getting airborne for the spot landing competition. 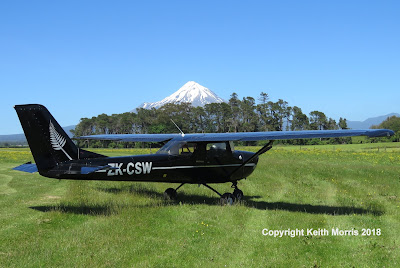 The Midnight Blowfly aka Cessna 150G ZK-CSW is owned by a Turangi owner. 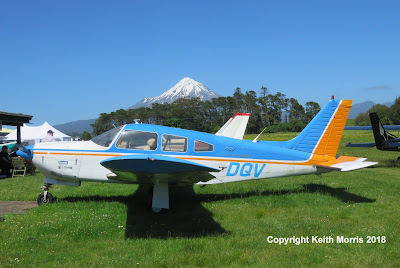 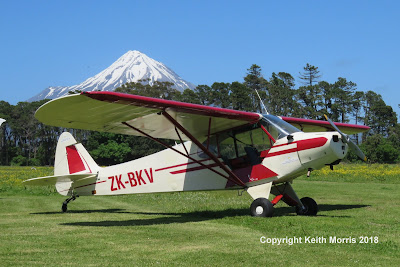 Piper PA 18 ZK-BKV is owned by the North Taranaki Aero Club.  Are you seeing a theme in these photos? - that mountain is pretty impressive! 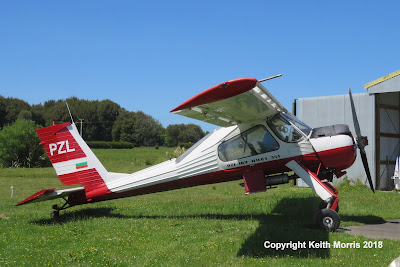 Kevin Wisnewski then pulled his Wilga out of its hangar for some local air to air flying. 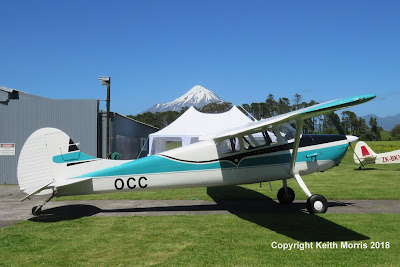 While Brad Raven fired up his Cessna 170 to act as camera ship.  What a great day for flying!