Later in the afternoon of 4 June three aircraft arrived from the Dannevirke-Pahiatua area.  They were transiting through to Kaitaia with the intention of flying around Cape Reinga the next day, and they would have had great weather for it.. The first of the trio, Bolkow B 208C Junior ZK-CJG (c/n 601) has been owned by owners in Pahiatua since 6/10/15.  It was originally registered in November 1965 to the Middle Districts Aero Club who operated it until 1969 when it was exported to Samoa as 5W-FAG.  It returned to New Zealand and was re-registered as ZK-CJG in December 1975.  It now has Bolkow Junior titles on the engine cowling.

A remarkable fact is that of the ten Bolkow Juniors imported by Aerocraft in the mid 1960s, all are still current. 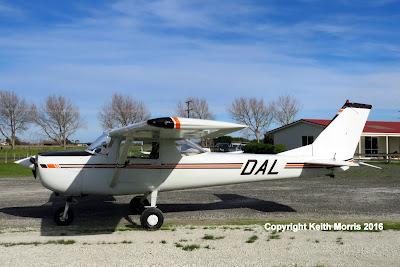 And the third aircraft of the trio was the Dannevirke Flying Club's Piper PA 28-140 Cherokee ZK-EBL which I didn't photograph.