The tri-gear model of the Europa came along in the late 1990s and probably will be the predominant model going forwards.  There is a slight decrease in performance with the fixed gear but streamlining helps to minimise this.  The tri-gear Europa is still a fast aircraft. 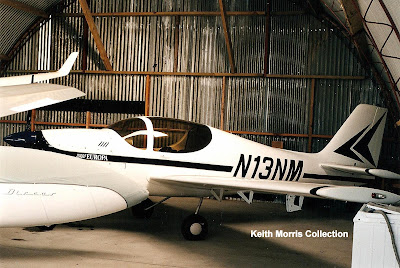 Tri gear model N13NM (c/n A26) was built by Robert Setzer of Florida and was first registered in the US on 18/3/97.  After a couple of ownership changes it was purchased in the US by Norm Marsh who was a retired New Zealander from Taupo.  He cancelled N13NM from the US register on 9/3/00 bought the aircraft to New Zealand, where it is photo'd above in the Taupo Gliding Club hangar in the early 2000s.  I am not sure if it flew in New Zealand as N13NM.  Sadly, Norm Marsh was killed in a gliding accident in Canada. 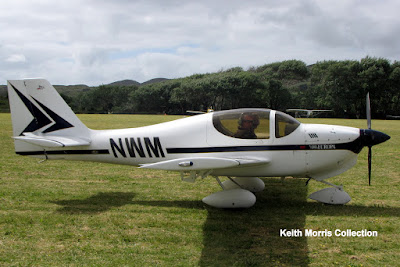 N13NM was registered in New Zealand as ZK-NWM on 18/7/02 by Hawkes Bay Sailplanes Ltd of Hastings.  Ownership transferred to Peter Lyons of Hastings on 12/11/07, then to Philip Gray of Hastings on 6/6/10 and most recently to Mark Scapens of Mt Maunganui on 27/1/16.  It is photo'd above at the 2009 Black Sands flyin at Raglan. 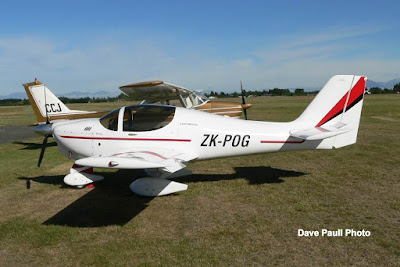 ZK-POG (c/n 584) was mostly built on the Isle of Man by Nigel Harrison and was registered as G-WEEM on 22/7/03.  However it did not fly in the UK.  Instead, Nigel Harrison bought the airccraft with him when he emigrated to New Zealand and completed it, registering it as ZK-POG on 16/11/06.  It first flew in 1/1/07 and is photo's above very shortly thereafter at the 2007 SAANZ flyin at Ashburton. 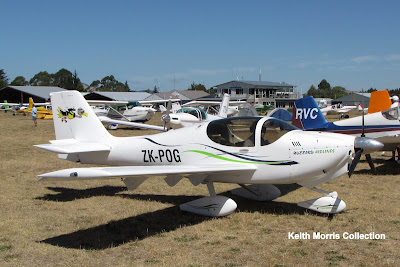 On 23/9/12 ownership transferred to John Martin of Mt Maunganui and he repainted the aircraft as above with script for "Buzzard Airlines" as seen at the 2014 SAANZ flyin at Hastings. 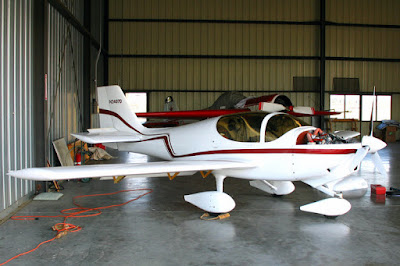 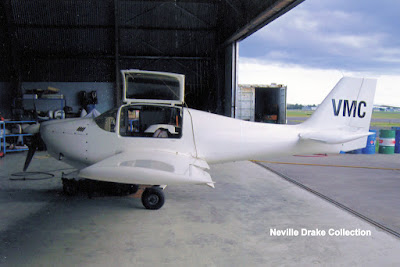 It is photo'd above at Ardmore by Neville Drake as ZK-VMC (c/n 95).  It is currently in storage which is no doubt quite easy due to the removable wings.

I think we will see a few more Europas in New Zealand in the future, with at least 2 other kits out there still being worked on.