The final visiting aircraft at Dargaville last Saturday was the unique Thorp S 18T ZK-MBY (c/n 222), which owner Mesa Land had flown back from Parakai after having some maintenance done.

This aircraft was built by Mike Boyle of Auckland and is our only S 18 model (The S is for Lou Sutherland who redesigned the Thorp T 18 with a different wing and other minor changes, working in collaboration with the original designer John Thorp).  And it is also our only tri-gear S 18 hence the T suffix. 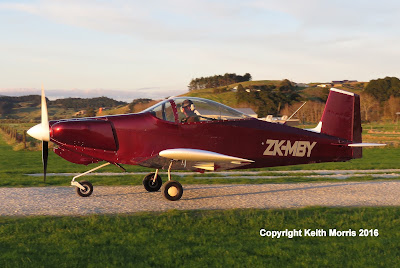 Mesa taxying out in the spectacular late afternoon sun... 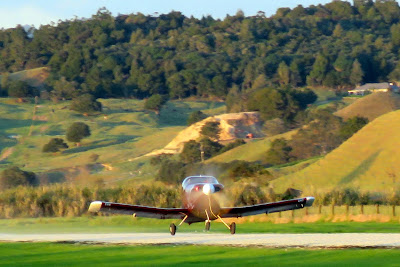 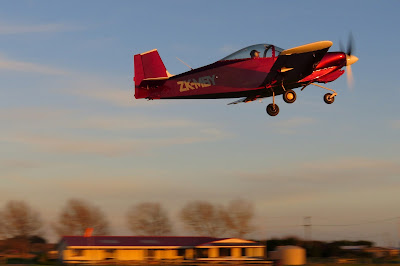 and off home to Kaikohe before Civil Twilight. 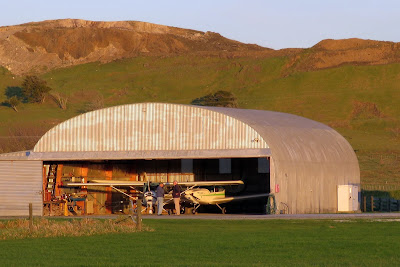 Meanwhile the aero club's aircraft were residing in their hangar.