In my last post I posted about a couple of aircraft that were newly based at North Shore.  Here is one that is going the other way. 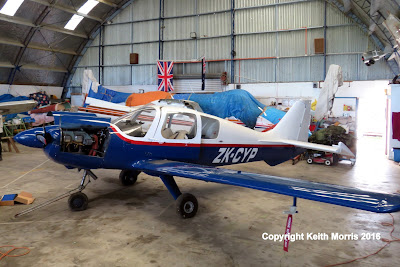 It is appropriate that the Union Jack is hanging at the rear of the hangar as it shows the Pup to be painted in best of british colours.