A quick trip up to North Shore this afternoon produced a couple of flying machines that have not been featured on the blog before: 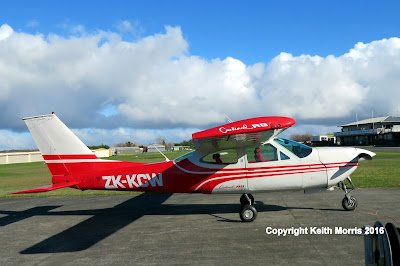 Cessna 177RG Cardinal ZK-KCW (c.n 177RG0413) was flown down from its base at Springhill by Michael Law with his son as passenger.  It is owned by The Mary Frances Law Trust of Warkworth.  It has been registered in New Zealand since 5/6/86, and was previously ZS-KCW and N2013Q. 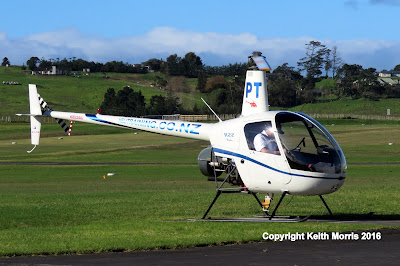 Robinson R 22 Beta ZK-HPT3 (c/n 1318) has been registered in New Zealand since 28/5/96.  It is owned by North Shore Helicopter Training Ltd and wears Helitraining.co.nz titles (although they are hard to see with the sun reflecting off the tailboom).  It was originally N8078E.