The Dyn Aero MCR 01 family of aircraft were developed from Michael Colomban's earlier MC 100 Ban Bi (Michael Colomban also designed the MC 15 Cri Cri of which we have had two in New Zealand).  It is a lightweight 2 seat all composite (mainly carbon fibre) aircraft that has tremendous performance with a top speed approaching 300 kph, but with a stall speed around 80 kph on a 80 HP Rotax engine.  This is due to the double slotted flap wing design (similar to an airliner wing).

Dyn Aero was formed in 1992 by Christophe Robin (the son of Robin Aircraft founder Pierre Robin).  It produced kits and ready to fly aircraft.  Unfortunately it went into bankruptcy in early 2012, but it was bought by the French Artzaimak Industrial Group who still offer the aircraft for sale.  The current range of aircraft include the MCR 01 ULC (which has a longer wing to comply with French microlight rules), the Sportster (similar to the Club with a shorter wing which complies with new Zealand microlight rules) and the four seat MCR 4S.  There are more than 500 Dyn Aero aircraft flying worldwide.

The specifications for the MCR 01 series are as follows for the ULC (and with the Club specifications in brackets):  Length 5.4 metres (same for both), wingspan 8.64 metres (6.63 metres), wing area 8.13 square metres (5.20 square metres), empty weight around 260 Kg (230 Kg) but add 20 Kg for other equipment such as a Ballistic Recovery parachute.  The MAUW is 450 Kg for the ULC model and 490 Kg for the Club model.  The performance is spectacular with cruise speeds of up to 300 kph for the short winged Club model on a 100 HP Rotax 912 engine.  The aircraft also boasts a very long range with over 1500 kilometres possible.

We have had two MCR ULC models and two MCR 01 Club models in New Zealand to date, plus one MCR 4S. 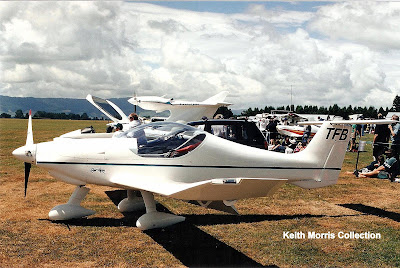 ZK-TFB (c/n 87) is an MCR ULC model and was built from a kit by Evan Gardiner of Upper Waitohi.  It was first registered to him on 14/3/01 and he still owns it, although it is based at Parakai now.  It is photo'd above at the 2002 SAANZ flyin at Matamata and it has not changed much over the years. 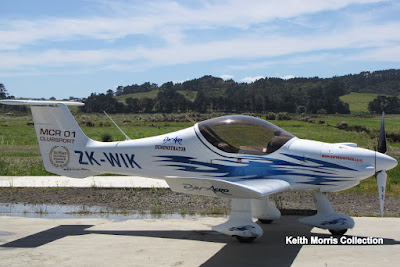 MCR 01 Sport model ZK-WIK (c/n 342) was imported by Leading Edge Aviation of Helensville (Harvey Lockie), who were the New Zealand agents for Dyn Aero.  It was first registered on 22/5/07 and ownership transferred to Harvey Lockie on 29/11/09.  It is photo'd above at Parakai on 6/12/08 where it wears the Race Winners wreath for the 2007 Wanaka Airgames and Demonstrator titles. 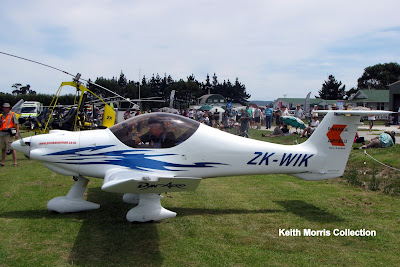 Photo'd again at Parakai on 19/2/11, now with Parakai Airfield titles. 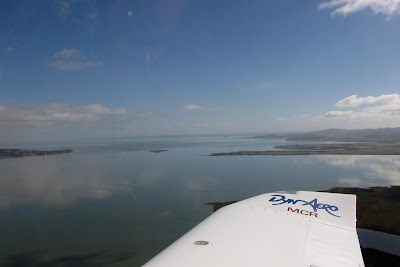 Showing the very short wing, ZK-WIK over the Kaipara Harbour 29/3/14. 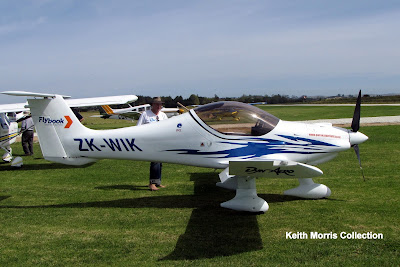 And at the Dargaville Aero Club lunch later that same day, now with Flybook titles (Flybook is an on-line aircraft booking system) 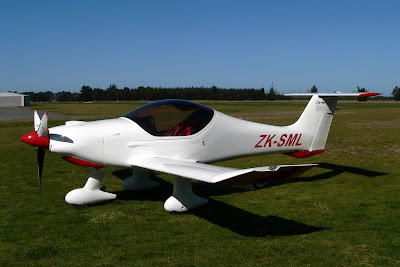 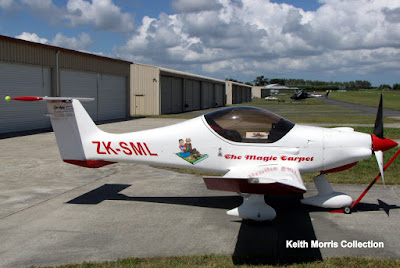 It is photo'd above at its base at North Shore, now wearing the name The Magic Carpet and with a magic carpet mural.  Tragically it was lost on 9/4/11 and Geoff Smale was killed when the aircraft flew into Mt Duppa near Nelson, on a North Shore to Ashburton flight.  Geoff Smale was 86 years old.  ZK-SML was cancelled on 11/5/11. 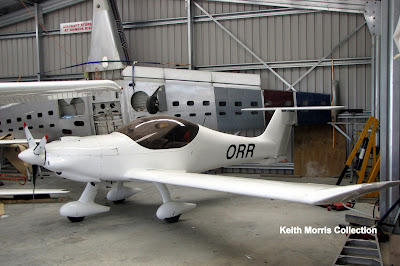 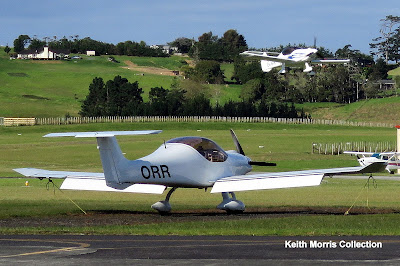