It was great to meet up with the Hairy Mole Rat at North Shore yesterday afternoon, and show him around a bit.  It was pretty quiet but as usual there were helicopters in the circuit, and he was pretty pleased to catch up with locally based Beech Baron N298WA which blasted off with quite spectacular performance. 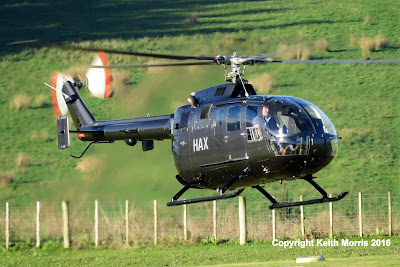 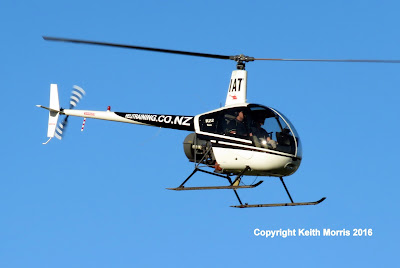 Robinson R 22 Beta ZK-IAT (c/n 0642) of North Shore Helicopter Training Ltd, and has been in New Zealand since 9/7/02.  This is the sister ship to R 22 ZK-IPT3 that I posted on recently.  Neither have been posted in this blog previously in spite of being right in front of me a lot of the time. 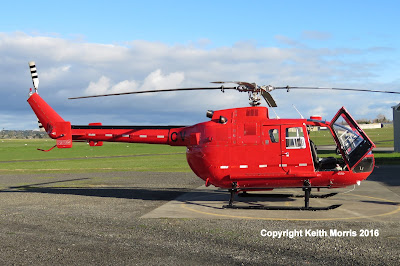 Another helicopter that has not previously appeared on this blog is MBB 105 S ZK-HCV4 (c/n S841) which is owned by Far North Helicopters Ltd of Whangarei, having been re-registered as such on 18/2/16.  It was first registered in New Zealand to Brian Comerford as ZK-IAI4 on 18/9/12 and then went to Rick Lucas Helicopters, hence the colour.  It is ex N6607K.