One of the many Piper PA-18's imported by Airwork (NZ) Ltd of Christchurch was the PA-18A-150 ZK-BRY. With a construction number of 18-5687 it was registered here on 07-05-1957 and gained its NZ CofA on the 28th.
Ownership was transferred from Airwork (NZ) Ltd to Cookson Airspread Ltd of Wairoa from 02-05-1957.
Below is a photo from an unknown source of it at Wairoa - looking all very spic and span for an ag aircraft..

Below another view of her - on an unknown date at Feilding  - from the Allan Wooller collection. 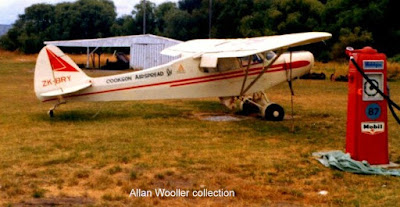 It remained with Cookson until 07-07-1971 when it moved over briefly to Feilding with Manawatu Aerial Top Dressing Co Ltd; and then to Wanganui for J A Chesswas from 11-07-1972. 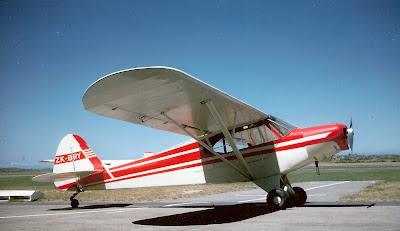 Above we have ZK-BRY minus hopper and in a new paint scheme at Wanganui.
I believe a Ken Meehan photo. 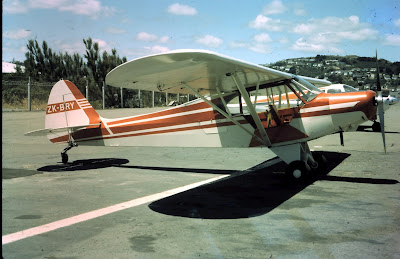 Now two shots of her at Wellington in December of 1972.
Above - Note the fuselage side baggage door and the metal cover on top of the fuselage aft of the wing trailing edge. 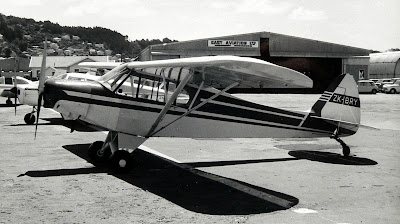 Above we have a monochrome pic showing the East Aviation/Wellington Aero Club hangar in the background. 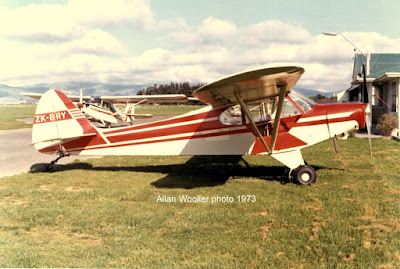 Above - as seen at Masterton in 1973 from Allan Wooller.
The next owner was Don B Mahon of Queenstown from 03-02-1977 who purchased it to replace his sold Cessna 180 ZK-BJY.
It had a bit of an oopsie at Big Bay on 09-04-1984 and not long after repairs it was sold to the Taranaki Gliding Club, then based at German Hill, and listed to them on 14-04-1986 in a dashing colour scheme.
It actually arrived a couple of months earlier as can been seen from the three pics below taken at New Plymouth Airport on 28-01-1986 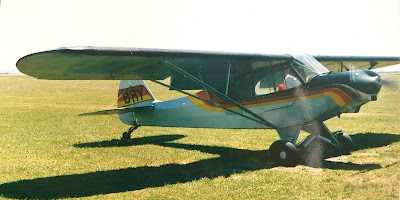 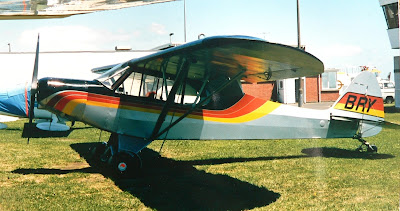 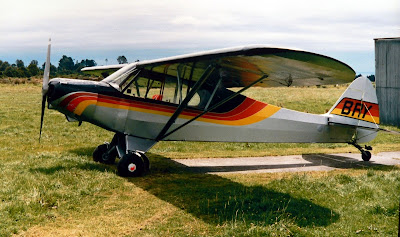 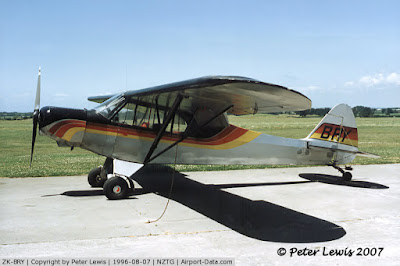 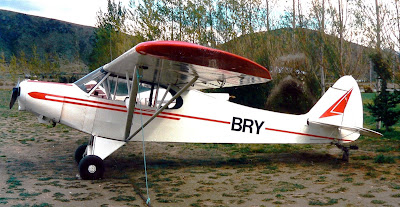 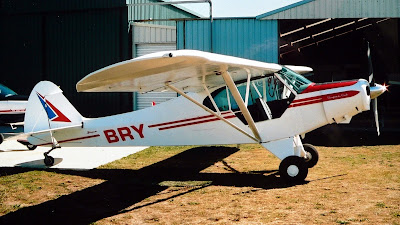 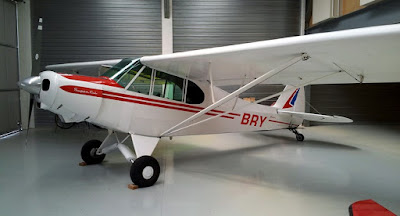