Stoddard-Hamilton Aircraft went bankrupt in 2001, and Thomas W Wathen, who was also the owner of Flabob Airport, purchased the assets of the company and re-named it Glasair Aviation LLC.  He in turn sold it to Chinese businessman Feng Tieji in 2012 and he registered the company as Glasair Aircraft USA LLC.  Currently there are plans to certify the Glastar Sportsman (which is another Glasair model, of which we have had several in New Zealand, and which I will post in a future post).

We have had 3 Glasair IIIs in New Zealand to date, including Buster Persson's recently registered ZK-ELB. 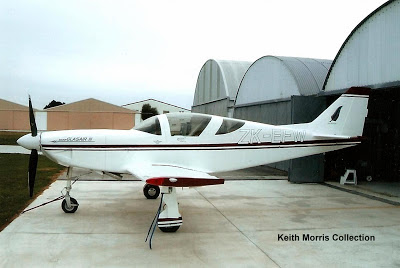 Our first Glasair III was ZK-EFW (c/n 3289) which was built over many years by Bob Irving of Auckland and was first registered on 16/2/06.  The above photo of it was taken at Ardmore on 25/3/06.  Its first test flight was on 5/6/06 but unfortunately it suffered a nose gear collapse and overturned doing considerable damage. 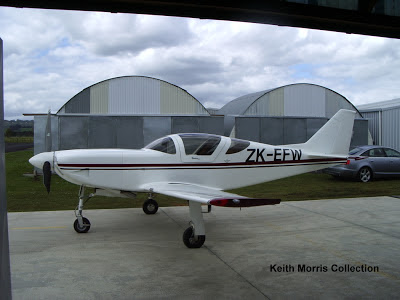 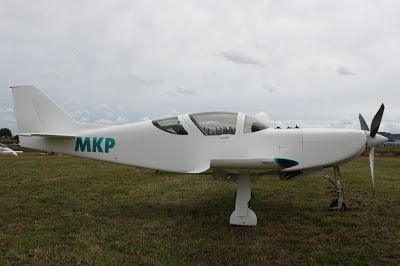 Our second Glasair III was ZK-MKP (c/n 3191), which was built by Buster Persson of Whitianga, and was first registered on 11/2/08.  This was Buster's second ZK-MKP (his first was his Glasair Super II S-FT which I covered in my post on Glasair IIs), and in fact Buster wasn't finished there and he has become New Zealand's "Mr Glasair".  The above photo of ZK-MKP was taken by Mike Condon at Ardmore early on in its life, on 27/2/09. 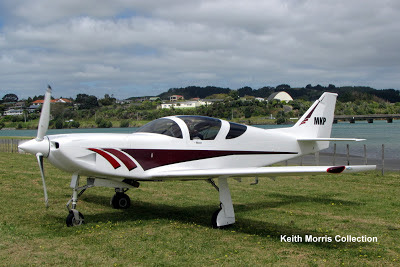 Later Buster applied this attractive colour scheme to ZK-MKP, as seen at the 2009 Black Sands flyin on 7/11/09.  It later showed a very impressive take-off and rocketed overhead on its way back to Whitianga.  It is still current. 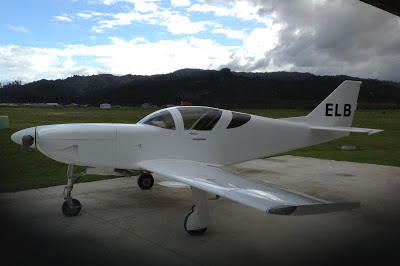 But Buster Persson was not finished with Glasairs, as he bought the damaged ZK-EFW from the insurance company.  He re-used the wings from ZK-EFW and bought in a new partly built fuselage from overseas to make ZK-ELB (c/n 3289R).  ZK-ELB was first registered to Buster on 13/12/12, and it is now in its test flying programme.  Thanks very much to Buster Persson for the above photo which was taken at Whitianga today, 30/6/13.

There is another Glasair III being built at Masterton by Craig Stobbs, as has been posted on this blog at www.nzcivair.blogspot.co.nz/2012/06/masterton-17-06-2012.html   This one could become ZK-UAE.