A recent visitation to the Chatham Islands found the following progress at the Aviation Museum at Kaingaroa.
The Short Sunderland NZ4111 is now mounted on a cradle and housed within the framework of one very large shed. 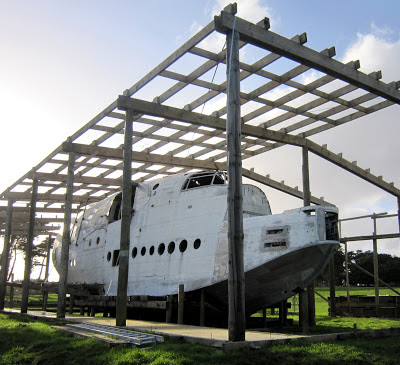 NZ4111 was an ex Royal Air Force Sunderland and carried the serial VB880. It was taken on charge by the RNZAF at Fiji in September of 1953. 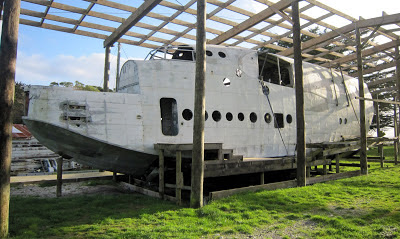 After landing on the Te Whanga Lagoon at the Chathams on 04-11-1959 it struck submerged rocks whilst taxying and sank in shallow water. Recovery was deemed impracticable and it was sold locally after removal of useful items. 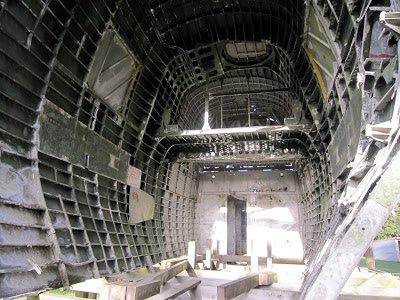 It has spent many years among the trees at Kaingaroa with the fuselage being used as a shed and the wing used as a wall. 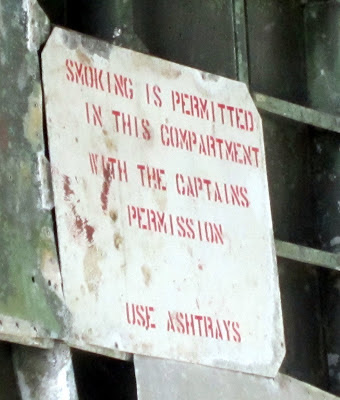 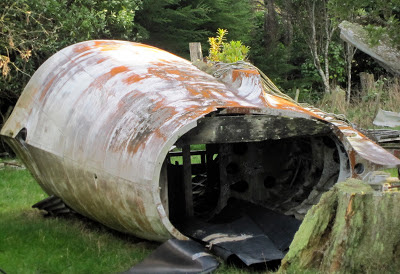 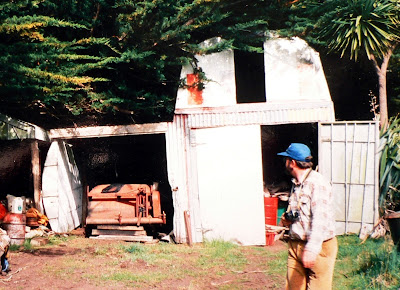 And one of the props was planted outside the Waitangi Post Office.


Below : more pics from earlier this month.


The recent arrival Fokker Friendship ZK-BXI, rests alongside the shed - fuselage and centre section on a cradle and wings on the ground. 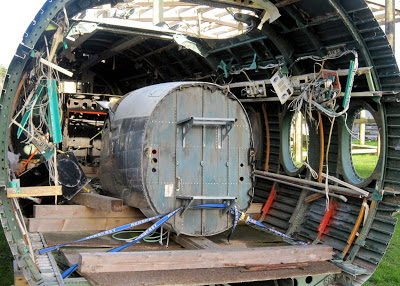 In fact those wings - if you look at the markings - are from the Friendship VT-NED - which has been derelict at Woodbourne for some time. 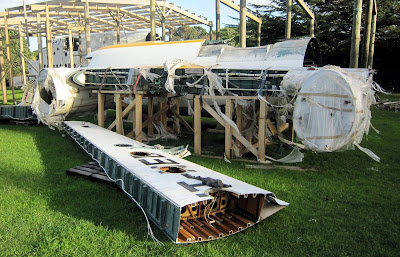 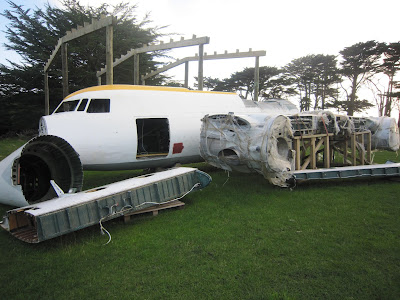 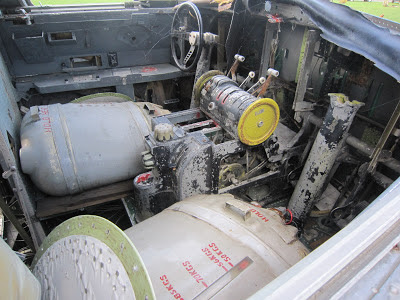 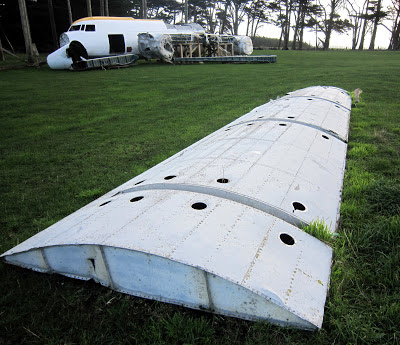 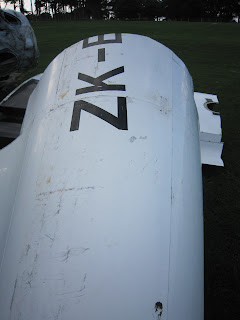 The tail section being the latest part to arrive.
See previous post on ZK-BXI at :-
http://nzcivair.blogspot.co.nz/2012/07/friendship-zk-bxi-to-chatham-islands.html

*
***
Whilst on the subject of Chatham Island aircraft.
Can anybody point their finger to the remains of the Cessna Squashmaster ZK-TAI which was damaged on Pitt Island in November of 1986. Last seen in an open sided shed at Te One in October of 1997.
And I assume that the Beech Queen Air ZK-CIA still rests at Hastings !
Posted by Dave Paull at 10:26