The Stoddard-Hamilton Glasair was the first pre-molded composite kitplane to be available to homebuilders, and it was the next type of 2 seater homebuilt aircraft to appear in New Zealand.  The fuselage came in 2 halves and was glued together with bulkheads by the builder.

Tom Hamilton designed the original Glasair TD and the prototype first flew in 1979 with an O-235 motor, but most later aircraft featured an O-360 motor of 200 HP.  Tom Hamilton formed Stoddard- Hamilton Aircraft at Arlington, Virginia using his middle name and surname to make the company name seem more impressive!  In 1983 a retractable gear Glasair RG was added and in 1984 a fixed trigear Glasair FT was introduced, with little loss in performance over the RG model. 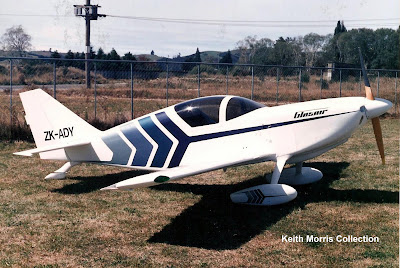 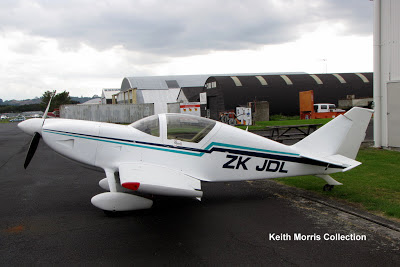 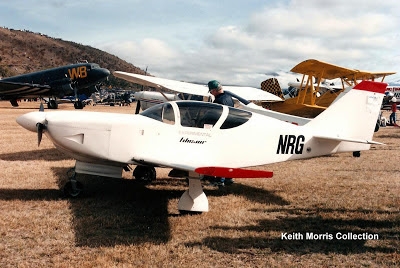 And our other original Glasair was Glasair RG ZK-NRG (c/n 764) that was built by Greg Laird of Auckland and was first registered on 18/1/90 (making it our second Glasair to be registered).  It is photo'd above at Wanaka. 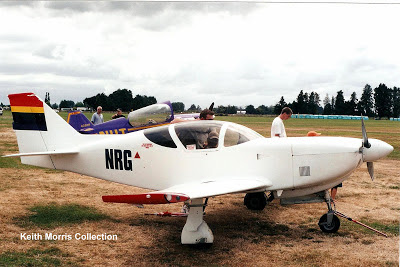 It is photo'd above at the 2002 AACA flyin at Matamata.  It suffered a nosewheel collapse at Ardmore on 3/8/05 but it was repaired. 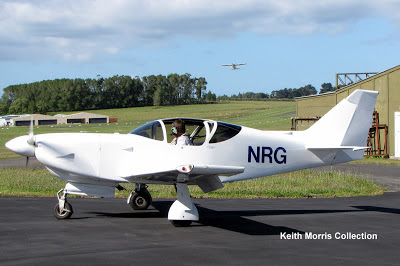 As it was sold to BM Williams of North Shore on 3/7/09.  It suffered power loss and force landed gear up at McLean Reserve at Bucklands Beach, Auckland on 8/11/09.  It was again repaired and is flying again as shown in this photo taken at North Shore on 9/12/12.