Next up among the ranks of 2 seater homebuilt aircraft of New Zealand was the beautiful Falco, of which we have had 5 to date.

The F8L Falco was the eighth design of the renowned and prolific aircraft designer, Stelio Frati of Milan in Italy.  The prototype first flew on 15/6/55 with a C-90 motor of 90 HP and it has been developed over the years to have engines of up to 200 HP installed.  It is widely considered to be one of the most aesthetically pleasing designs ever available to homebuilders.  But it did not start out as a homebuilt aircraft, originally being built by Aviamilano, then by other Italian aircraft companies Aeromere and Laverda.

In 1985 Alfred Scott of the Sequioa Aircraft Co from Richmond, California bought the rights to the Falco design and converted it to a kit built aircraft, and plans and kits are still available today.  It is reckoned to be one of the more difficult homebuilt aircraft to build with its many compound curves. 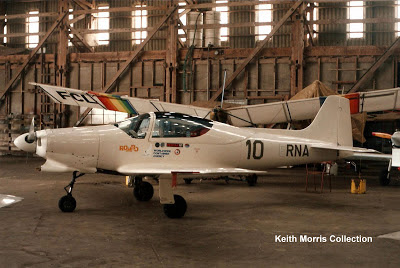 Our first Falco was ZK-RNA (c/n 104) which was a very famous aircraft.  It was actually the second Falco ever built and was first registered as I-ERNA to T Candioli of Trentino in Italy on 9/5/56.  It went to the Aero Club of Lucca in 1972, then to Luciano Nustrini of Florence who stripped the aircraft to its basics and raced the aircraft in European air races, winning many races including one race at an average speed of 234 mph!  I-ERNA was re-engined with increasing power until it had a 160 HP O-320 motor.

The Nustrini family migrated to New Zealand in the 1980s and bought the Falco with them.  It first flew in New Zealand at Ardmore on 7/1/83. and it was registered as ZK-RNA to Luciano Nustrini on 13/3/86.  It can be seen in the above photo, taken at Tauranga in 1998, that it still wears its European air racing colours and its racing number 10.  If you look closely you can see that it still has the E of its Italian registration lightly painted out.  It had very smooth lines, especially around the canopy. Tragically it was lost in an accident when it dived into the sea of Little Barrier Island in the Hauraki Gulf on 6/2/99, while photographing racing yachts leaving Auckland, killing Luciano Nustrini and his wife.  It was cancelled on 23/6/99. 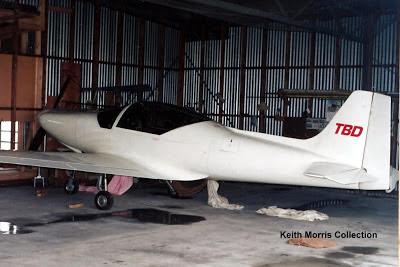 New Zealand's second Falco was ZK-TBD (c/n Design 606) which was built by Syd Jensen at Kerikeri. Commenced in 1980 progress was rapid and outstripped the supply of kits from Sequoia Aircraft. It was completed by 1984 but was not registered until 15/4/86. The above photo was taken in a hangar at Taupo in 1994.  It was sold to Graham Hodge of Christchurch on 1/2/95 and it was based at West Melton.  It was powered by a Lycoming IO-360 motor. 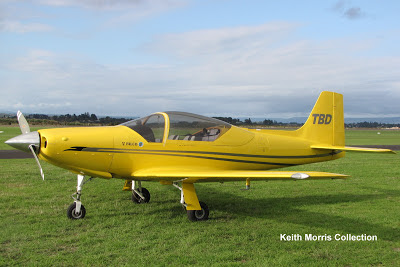 Enter Giovanni Nustrini of Technam Aircraft whose father Luciano bought his Falco I-ERNA to New Zealand and registered it as ZK-RNA in 1986 as noted above, Giovanni Nustrini really wanted a Falco of his own and he bought ZK-TBD on 18/5/02. He then tidied it up and painted the aircraft yellow as in the above photo taken at the 2010 SAANZ flyin at Tauranga.  Ownership transferred variations of Giovanni Nustrini and Technam Ltd finishing up with Ardmore Aviation Services Ltd on 5/8/10.  It was sold to MF Spruce of Greymouth on 9/12/11 and it is still current. 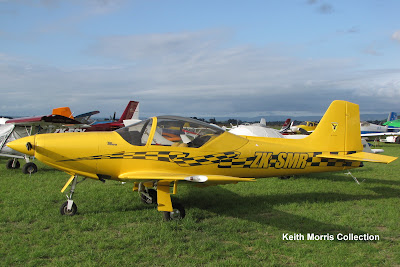 Our third Falco was ZK-SMR (c/n 1230) which was built by George Richards of Auckland, and was first registered on 24/4/03.  It is powered by a Lycoming IO-360 motor.  It first flew on 2/1/04 and is based at Parakai.  The above photo was taken at the 2010 SAANZ flyin at Tauranga.  George undertook a great adventure in ZK-SMR by shipping the aircraft to California and flying it across America to Oshkosh 2012, and then returning to New Zealand. 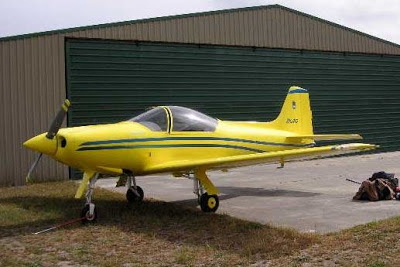 Our fourth Falco is also an import, originally being built in America as N41854 (c/n 577) where it first flew on 17/11/84.  It was imported into New Zealand by Arthur Dovey of Wanaka and was first registered on 16/7/03.  It does not seemed to have been photographed much and the above photo was sourced from the internet.  Does anyone have a better photo of it? 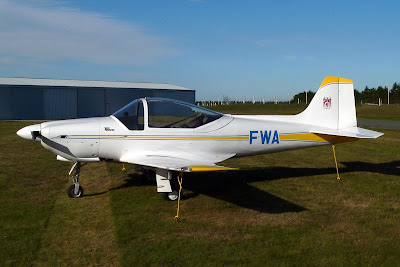