I have posted previously on Wag Aero Cubys of New Zealand in my Replica Cub series, but I include them here as the next type of 2 seater homebuilt aircraft in New Zealand for completeness, with different photos.

The original Wag Aero Cuby was a full size replica of a J3 Cub designed by Dick Wagner, which first flew on 12/3/75.  It differs from the J3 in that the fuselage is of 4130 steel tubing and it has an improved trim system.  Otherwise it is all J 3 Cub.  Dick Wagner later expanded the Cuby range to include the Super Cuby (which can accept engines up to 150 HP), the Cuby Observer (which is a replica L4 Cub) and the Cuby Sport Trainer which has clipped wings for aerobatics. 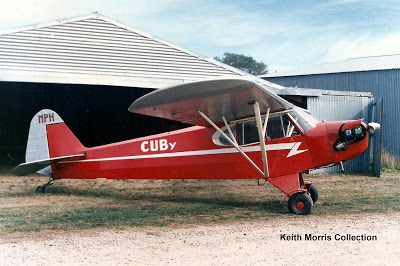 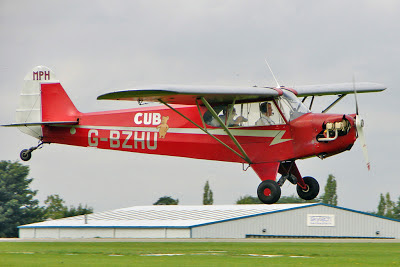 It is still current in the UK, registered G-BZHU, and as can be seen in the above photo taken on 4/9/10 from UKCAA, it is still in its original colours, and still has the New Zealand registration on the rudder. 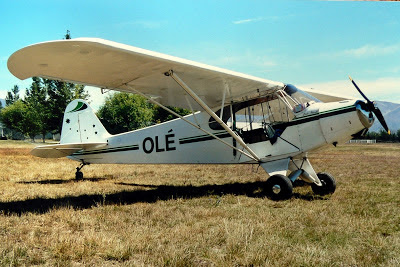 And our second Cuby was also from Dunedin.  ZK-OLE (as in the Spanish ole') (c/n 2817) was built by Howard JL Haugh of Dunedin and was first registered on 29/4/99.  It is the standard model but with a full cowling.  It is named "Little Maude" after a minor peak of Mt Maude in Central Otago.  The above and below photos were taken by Blue Bus at Omarama on 28/1/01. 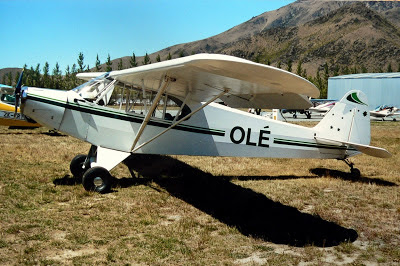