I have posted about Taylor Titches of New Zealand previously at: www.nzcivair.blogspot.co.nz/2010/06/taylor-titches-of-new-zealand.html

And now we have another as seen at the 2013 SAANZ Great Plains flyin. 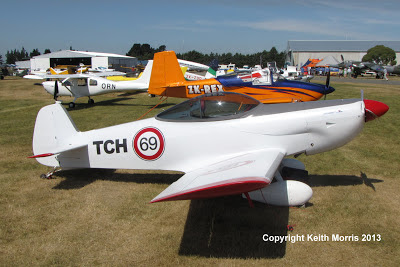 ZK-TCH (c/n SP 1027) was built as a Class 1 microlight by John Best of Blenhiem over a very long time, with its genesis going back to the 1973 AACA flyin at Omaka, where Robbie Robson's Titch ZK-DFK attended. 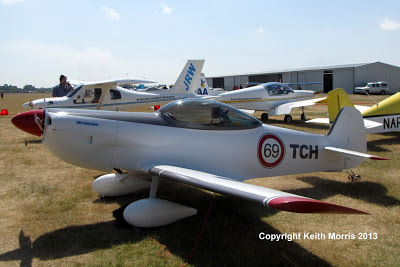 Whatever way you look at ZK-TCH it looks stunning.

Actually there is another Titch in New Zealand, which was imported from England where it was G-MOLE.  Has anyone ever seen it?  John Best thought that it had been assembled in Northland?