Grant Newman has sent in a couple of photos of the Classic Aircraft Nieuport N 11 replica ZK-NII in a new colour scheme, taken at Omaka on 19 February.  The new scheme appears to be partly applied in the photos 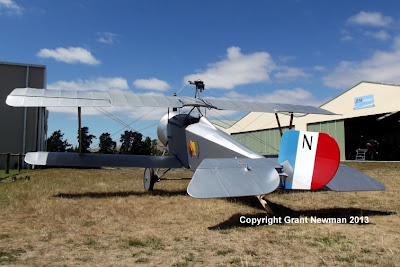 The colours are those of the Lafayette Escadrille which was an escadrille (a unit featuring more than 10 aircraft) of the French Air Service in WW 1 that was operated mainly by American volunteer pilots, and featured a screaming Indian head. 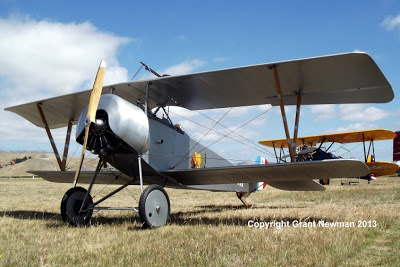 No doubt the new colour scheme is for "The Americans are Coming" theme of Classic Fighters 2013.