I was surprised and delighted to find that Tom Grant had both of his homebuilt WW 1 replicas SE 5A replica ZK-TOM and Albatros DVA replica ZK-DVR on the field at Ashburton.


But this was the first time I had seen ZK-DVR. Then it got better when Tom told me that they were both going to fly during the afternoon, and then proceeded to get them ready. 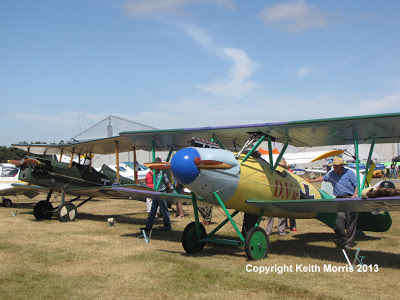 Tom in his straw hat, with his 2 replicas. 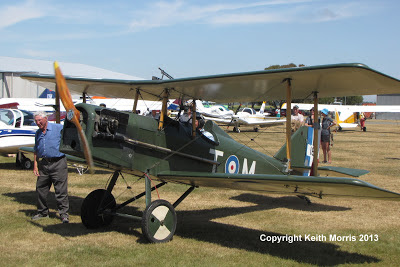 Hand swinging ZK-TOM into life - Tom made it look so easy! 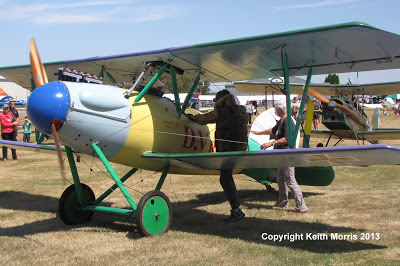 Then climbing aboard ZK-DVR. The Toyota engine was started with the push of a button. 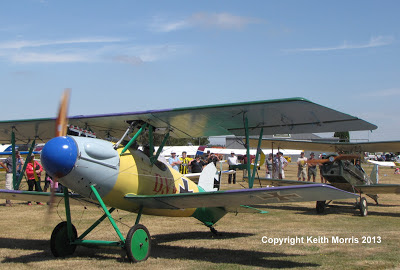 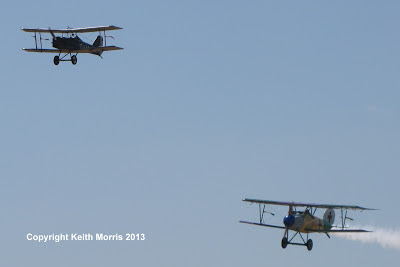 And flying by. The German plane always has the smoke! 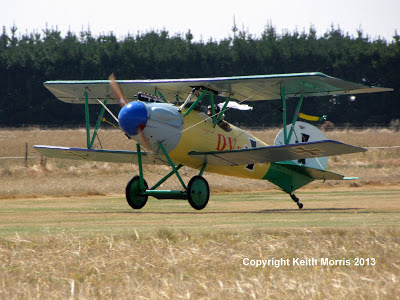 Followed by a greaser of a landing.... 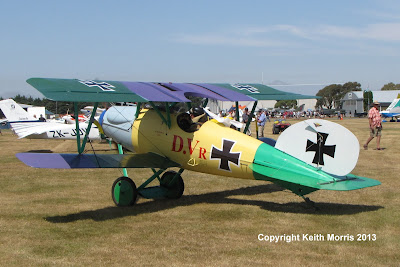 And taxying back in with helmet scarf flying. 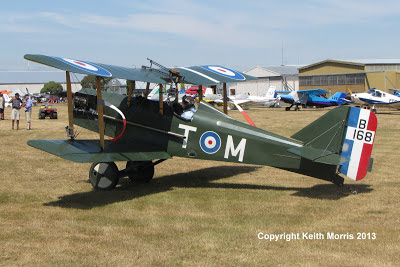 A great tribute to an octagenarian!