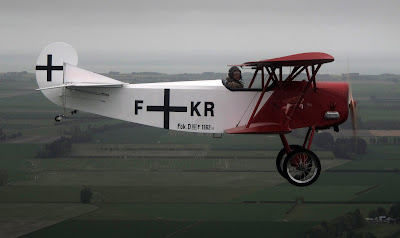 The Airdrome Aeroplanes Fokker D-VII Replica ZK-FKR2 (c/n NZ101) was delivered from Ashburton to Rangitata Island late in the day on Sunday 21-10-2012 by Jerry Chisum accompanied by the East Canterbury Aviation Cessna 172M ZK-DXL. These two photographs were taken by Ross Brodie. 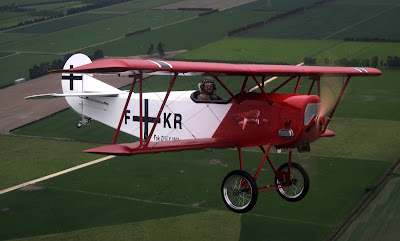 ZK-FKR got a mention on an earlier posting at :-
http://nzcivair.blogspot.co.nz/2012/04/fokker-d-vii-replica-zk-fkr.html

Below is a view, outside Paddy's hangar, of the project underway at Ashburton: It was out on display on 05-02-2011 at the AACA/Sport Aviation flyin. It is an 80% scale version, powered with a 2180cc VW with a Valley Engineering reduction drive onto a Culver 84 x 50 propeller. 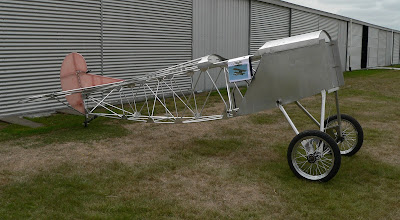 This is what NZ Aviation News said about it.

The number of World War one scaled replica aircraft continues to grow at a healthy rate. Greg Burt of Queenstown has just added his Airdrome Aeroplanes Fokker D-VII replica ZK-FKR to this list. This is a very apt registration for this aircraft which has been coming together at Ashburton in the care of Paddy McDonnell and Graham Ritchie (both experienced reproduction builders) and is awaiting CAA inspection. It carried out its first engine run and taxi trials at Ashburton on 20-04-2012. Greg also has the Rans S-17 Stinger ZK-EEE2 and the Airdrome Fokker D-VI Replica ZK-TBF2  (as built by Graham Ritchie of Ashburton) kept in his vinyl hangar at Rangitata Island. 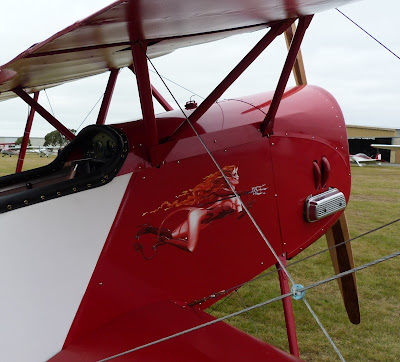 These two photos are from Allan Bowman and were taken at Ashburton on 06-05-2012 on the occasion of its first flight by Evan Bellworthy. 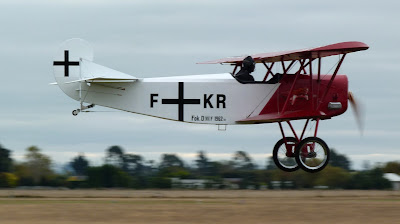