Considering the cool, cloudy and blustery conditions of Sunday it was time for the Mosquito to take to the sky after a week of rest and it underwent a solo flight followed later in the day by an air-to-air photo shoot in company with Trojan "convertible" ZK-JGS.  The rear canopy of the T-26 was removed for the exercise to provide an unobstructed view of the Mosquito in flight for the photographer, Gavin Conroy.
Photos here of the Trojan taken by Colin Hunter.
A few visitors also graced the airfield over a short period of time with Cessna A152 ZK-KID, Diamond DA42 ZK-CTM, Cessna 172S ZK-ZAQ and Piper PA28R-200 ZK-DQV all popping in. 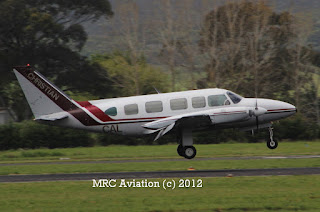 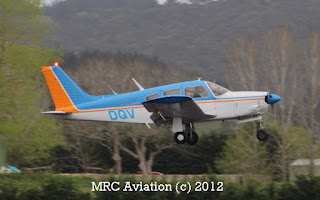