A trip to the Bay of Islands last week required a quick visit to Kerikeri Airport, where all was pretty quiet on a Friday afternoon. However, as always, there was something to investigate and some aircraft to photograph. 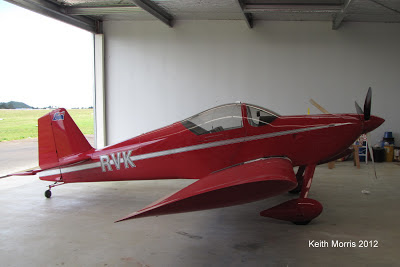 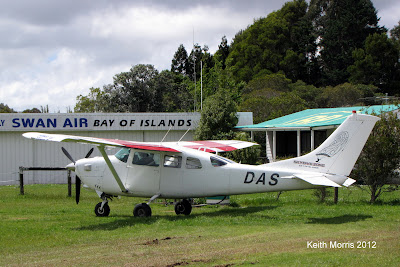 A couple of Skydive Zone parachute jumpships were also out on the airfield.  Cessna TU 206A Turbo Stationair ZK-DAS (c/n U206-554) was quite active.  It was registered by Cessna as N4854F.  This aircraft has a long history in New Zealand being imported by Rex Aviation for Thames Aerial Topdressing Ltd and was first registered on 13/1/71.  TAT operated it under their company Aerial Surveys Ltd of Nelson.  It suffered an engine failure and crash-landed on the Nelson Boulder Bank on 2/5/78 and was cancelled on 7/8/78.  It was rebuilt by Fieldair Ltd and re-registered on 21/5/80, and since then has been owned by a succession of mainly parachute operators.  It was upgraded by Aeromotive Ltd to incorporate a larger engine, 3 bladed propellor, extended wingtips and speed brakes, and was sold to Skydive Zone (Bay of Islands) Ltd of Paihia on 27/2/09. 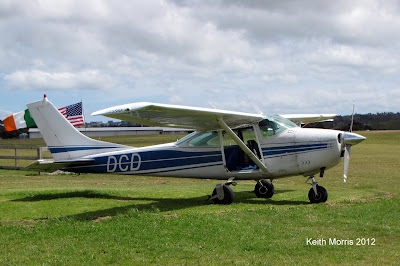 The even older Cessna 182H ZK-DCD (c/n 182-56423) was parked outside the skydiving base.  This was registered by Cessna as N8323S.  It was imported by Rex Aviation (NZ) Ltd of New Plymouth for the Department of Civil Aviation in the mid/late 1960's (date unknown).  The Department of Civil Aviation used the registrations ZK-DC_ at the time.  On 28/11/68 ownership transferred to The Ministry of Transport who operated it until 8/11/77.  It then had a succession of owners around New Zealand before it was sold to Skydive Zone (Bay of Islands) Ltd of Paihia on 25/9/09. 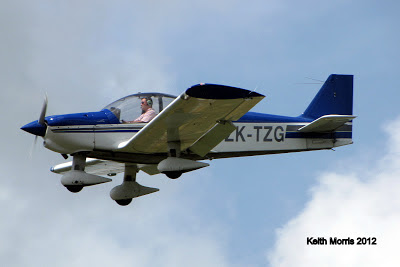