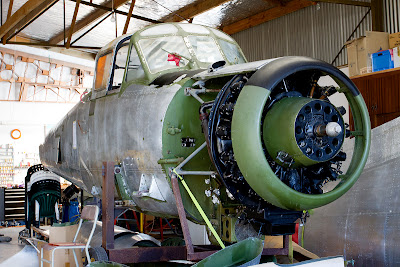 It was acquired by Brendon Deere (of Spitfire, Avenger and Harvard fame) and left Burma at the same time as Brendon's Spitfire for the USA. Both were shipped out to NZ at the same time with the Provost remaining stored in its container for some years (about 13 ?).
I believe the Museum will re-apply its Burmese markings.
There is one other P56 Provost known to be in country - ZK-JOT f/n PAC/F/183 of the Subritzky and House Partnership;
And ZK-PPP f/n PAC/F/228 possibly still at Foxpine, although I had heard that it had been shipped to the States, with N397WW being reserved for it.
Posted by Dave Paull at 13:14