Lord Nelson has raided his olde shoe box again and come up with these two helicopters. 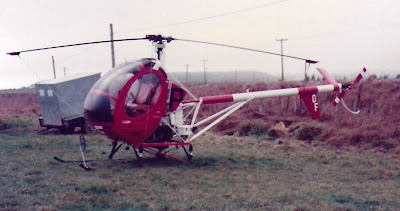 We go back to mid winter 1982, down Te Anau way this time, to see two of the N J and W R J Thompson helicopters. As you can see - these were the days when helicopters carried a single identification letter on a coloured background - as well as their normal civil letters. This single letter was meant to make them more easily identified as they went about their business.
Above we have the Hughes 269C ZK-HOF (c/n 1190851). This was listed to Dalhoff and King Aviation Ltd of Ardmore on 14-01-1980 and then registered to N J and W R J Thompson of Tuatapere on 22-02-1980. It was going about its own business on 26-02-1983 when it snagged its own net and crashed into Lake Alabaster. It recovered and is still current with the same owners of Te Anau. 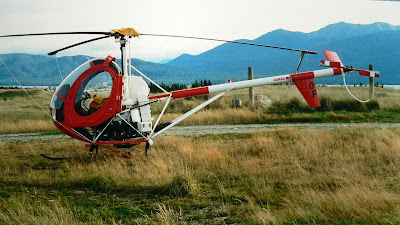 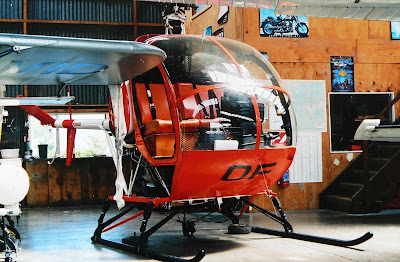 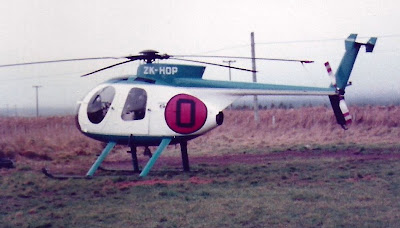