A quick visit to Rangiora turned out to be a worthwhile exercise.
The Anderson Pegasus XL Copy ZK-JDX , c/n 2 , about to taxi out with a wave from Brian.
Rebuilt about two years ago it sports a Wizzard 111 wing and a Rotax 447 engine. 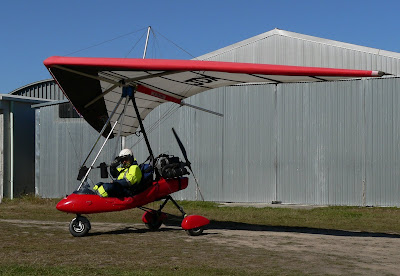 Jon Ludgater was in (and out) in his Vans RV-6 ZK-RVX , c/n 60485 . An impressive well equipped machine that is piloted from the right hand seat (Left hand on throttle and right hand on control column). 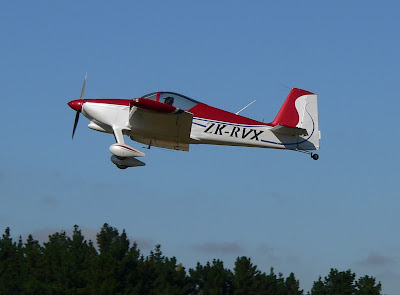 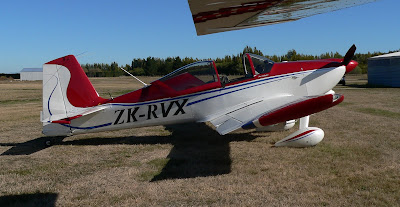 Surprise for the day was this Europa ZK-OWN which has not arrived on the register yet.
With a registration like that I wonder who would OWeN it. 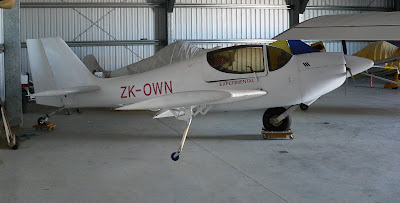 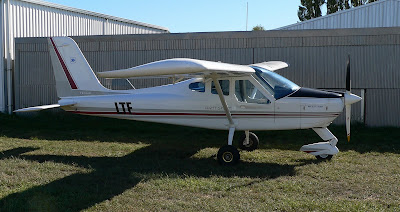