The Druine D 31 Turbulent was designed by Frenchman Roger Druine in 1950. Roger was an aeromodeller who was building bigger and bigger models until friends convinced him to build a full size aeroplane. The Turbulent was a success and was taken up by the Popular Flying Association in the UK, and was also built commercially by Rollason Aircraft Ltd in England, and by Stark Flugzeugbau in Germany.

There have been 23 Turbulents registered in New Zealand and 12 are still on the register. There is also another highly modified Turbulent that I will also list. In this series I will detail all the Turbulents and some of their history. I hope that others can add to the history with their own stories.

The photos are nearly all from the Keith Morris collection and I took most of them. However, some of the photos were taken by others and I do not have a record of who took them. The early photos of the Turbulents at Wanganui were taken by Ray Deerness in the early 1960's. 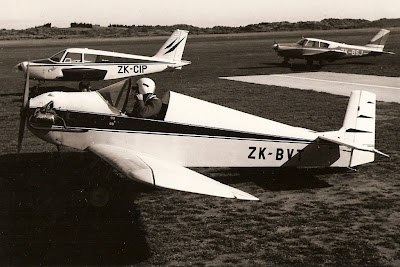 ZK-BVT (c/n PFA/437) was the first Turbulent registered in New Zealand, on 12/5/58. It was commenced by Harry Bielby and others in Auckland, but it was completed by B G Climo and John Parkin. It was then sold to G A Weir of Wanganui on 27/2/61 and maybe this was the catalyst for the gathering of Turbulents at Wanganui that Ray Deerness photographed as above. As with nearly all the Turbulents it had an interesting history with several incidents that resulted in various damage and rebuilds. It was also owned by E J Weir of Oamaru from 21/4/66, J M Dillon of Blenheim from 9/9/68, E G Brister of Wellington from 12/11/70, Brian Barrett of Lower Hutt from 1/11/71, K Cropp of Masterton from 16/12/74, L Robinson of Masterton from 12/9/77 and finally Brian Pilcher of Lower Hutt from 14/6/79 (but it was still based at Masterton).
. 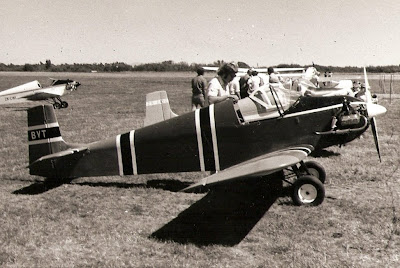 ZK-BVT is shown here at the 1972 AACA flyin at Masterton.  Masterton was where it spent most of its later life. This is the colour scheme that it wore when Brian Barrett and his wife June flew it. 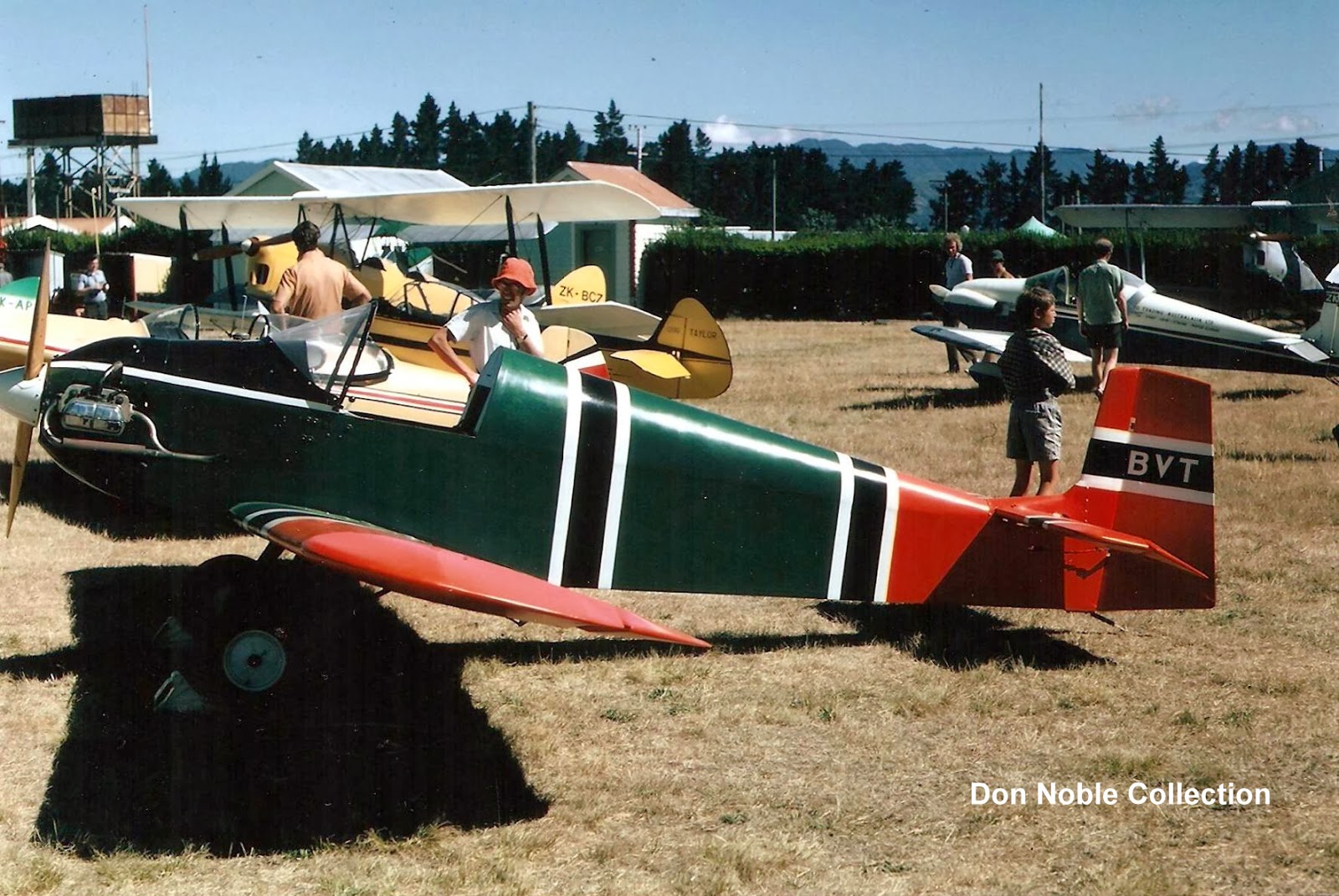 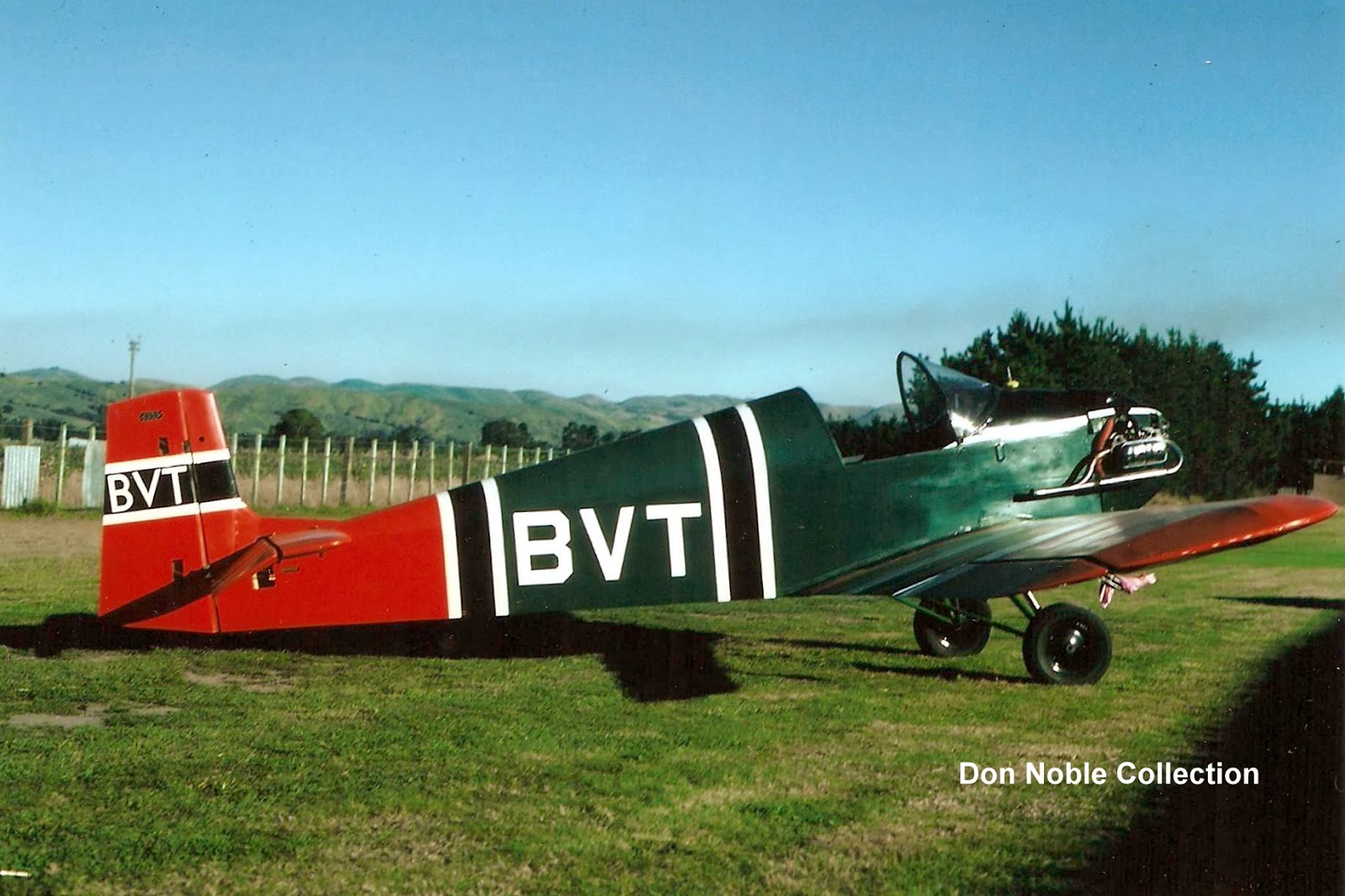 And again at Masterton on 15/3/86.  I remember one incident when it taxied off without a pilot on start up and across the airfield where it crashed into a hangar door. I knew its last owner Brian Pilcher who was piloting it when it lost power and he had to put down on the Waingawa River bed on 10/1/88. It was damaged beyond repair and was cancelled 30/9/88. 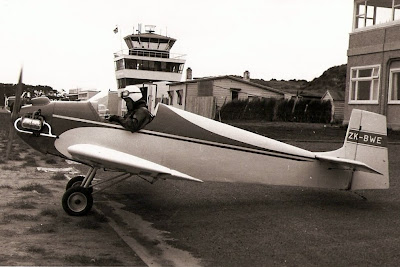 ZK-BWE (c/n PFA/505) was the first Turbulent to fly in New Zealand although it was registered later than ZK-BVT, on 9/11/59. Its first flight was on 8/12/59 at Palmerston North flown by Syd Jensen, and it is photographed here at Wanganui in the early 1960's. It was built by Syd Jensen's company Aerocraft (NZ) Ltd and was first registered to Aviation Sales and Services Ltd of Palmerston North. As I have posted previously, Syd Jensen's story is really interesting one and he was a motorcycle racer, a racing car driver, racing circuit promoter and an aircraft businessman involved with Turbulents, Agricolae, Bolkow Juniors and latterly was the builder of New Zealand's first Falco ZK-TBD. A link to the story of Syd Jensen can be found at www.seqair.com/Hangar/Jensen/Versatile.html 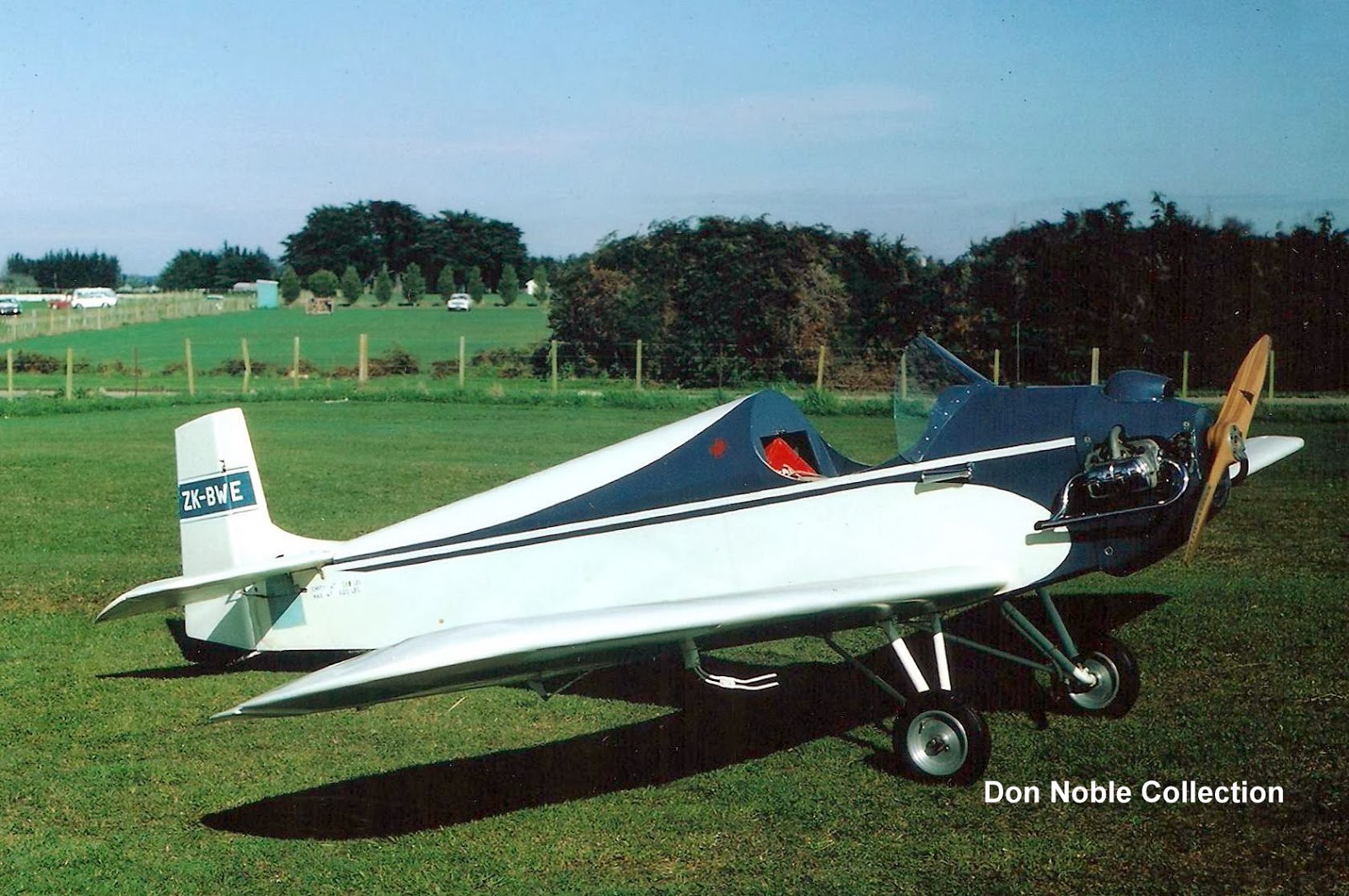 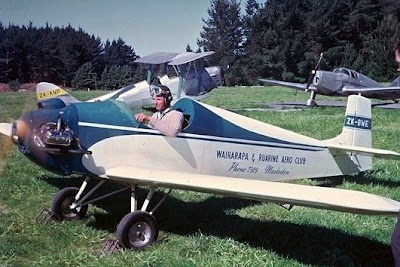 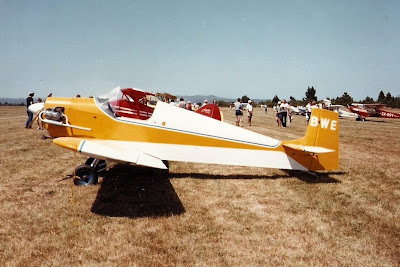 It was sold to John Caston of Auckland on 25/2/65.  It was damaged when it  force landed near Ardmore on 30/3/68 but it was rebuilt.  John Caston sold it to Bruce Shepherd of Whangarei on 17/6/71. Bruce refurbished ZK-BWE and painted in the above colour scheme, as seen at the AACA flyin at Taupo in 1982. 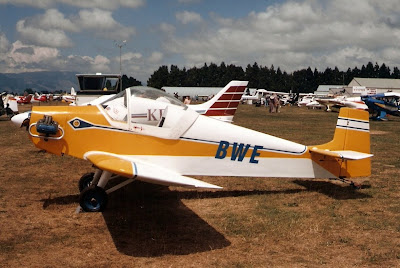 Remarkably, Bruce Shepherd still owns ZK-BWE and it is still registered today - more than 50 years after it first flew! It is pictured here at an AACA flyin at Matamata in 1998. It now sports a canopy as do most of the surviving Turbulents, and has been re-designated as a Class 1 microlight.
This is not the end of the story of Bruce Shepherd and Turbulents as I will detail in a future post.