The Revolution Mini 500 design was developed by Revolution Helicopters of Excelsior Springs, Missouri as a Rotax 582 powered helicopter kit which appeared in about 1994. 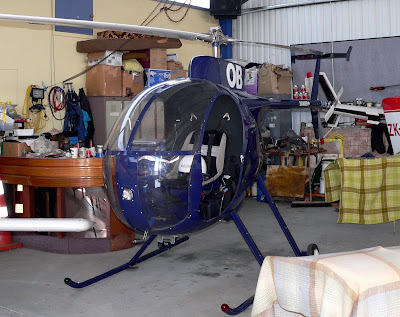 As can be seen, it is based on the shape of the Hughes 500D. At least seven Mini 500's have been on the NZ civil aircraft register.
ZK-HOB3 c/n 0060 was registered to Bruce Dawson of Whakatane on 22-03-1996. An ownership change to Grumbles Development Ltd at Reefton occurred on 04-07-2005 followed by another change on 26-01-2007 to Paul Clark and Howard Jamison of Ashburton.
Up to this point HOB had flown 69 hours as a single seater on its Rotax engine.
HOB was then re-engined with a Solar T62-2A turbine engine. This engine is well known in the US military as an auxiliary power unit in the Boeing CH-46 Sea Knight and the CH-47 Chinook helicopters, as well as the Sikorsky CH-54 Tarhe. It is also used in the Eagle Helicycle, the Mosquito XET, the Rotorway 162F upgrade and has even powered the Bede BD5. These units, in a different format, have been used widely as the EMU-30 electric power generators
Second pic shows this installation in HOB. 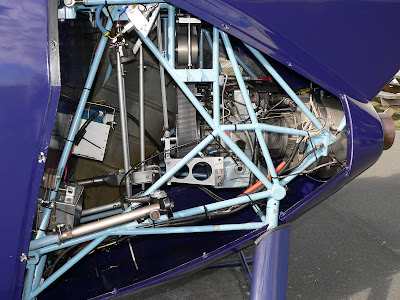 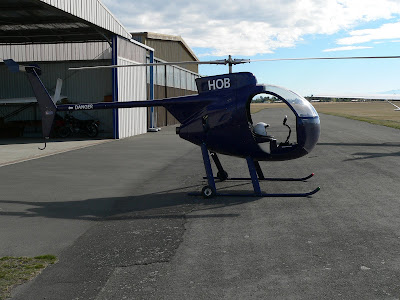 . This produced a much nicer looking helicopter with a wider more stable skid arrangement.
The top photo shows it in its original single seat (narrow body) mode, whilst the bottom pic is of it as seen yesterday at Ashburton in its two seat (wide body) mode. Note the extra widening strip on the middle of the canopy. This is only temporary as a new canopy is under construction. A five bladed main rotor and a four bladed tail rotor are available from Revolution but at some considerable extra cost.
This is a very exciting project which has developed a strong following from many individual people and groups. We may well see much more of this project.
All these modification have lead to a re-designation to that of Alpine Aviation Ltd T500 and a new c/n of 001, effective from 15-03-2010. The helicopters has also been relisted to Alpine aviation Ltd as from 23-03-2010 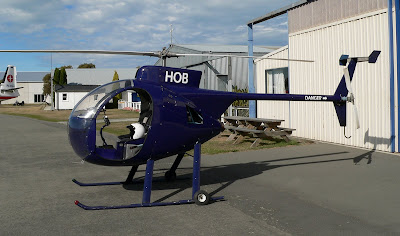 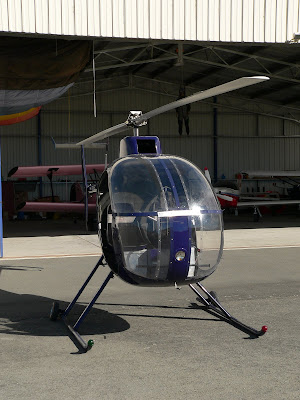