Captain Dougal Dallison and Some of His Aircraft

Blue Bus's recent post on Cessna 206 Skylane ZK-FJH referred to the owners who bought it to New Zealand from Dubai, Dougal and Shirley Dallison. I picked up on this and I think there is an interesting story to be told about Dougal Dallison - I will kick the ball off and invite others to share their information.

Dougal Dallison came to New Zealand in the late 1980's and formed a company Alternate Aviation which imported quite a lot of interesting aircraft such as PZL Wilgas and the ill fated Fouga Magister ZK-FGA. 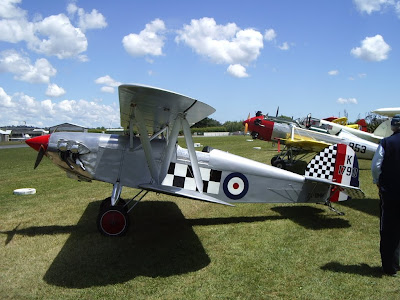 One aircraft that was owned by Dougal was the Isaacs Fury 2 replica ZK-DMN which he exported to the UK, I think for use in a film. Does anyone know any more about this? Fortunately it did return to New Zealand. ZK-DMN was New Zealand's first scale warbird replica and was constructed by Barry Thompson of Auckland over a very short time. I understand that Barry was an experienced model builder and prefabricated all the parts so it came together quickly. It was first registered on 26/2/75 and was test flown by Brian Cox on 26/3/75. It then went on to a succession of owners, all in Auckland - Owen Harnish from 30/3/82, Colin Glasgow from 27/6/85, Recreation Aviation Ltd from 12/7/85 and the Dougal Dallison on 8/5/90. Dougal crated it up in May 1990 and exported it to the UK. The next owner was Peter Fahey on 19/7/93 and finally Taildragger Classics Ltd (still Peter Fahey) on 15/5/95. The above photo was taken at North Shore Airfield in December 2005. 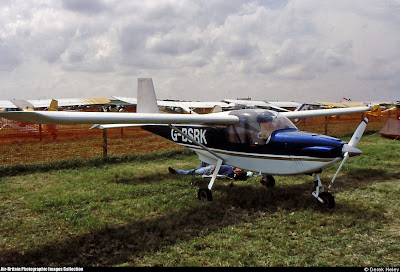 And another interesting aircraft imported by Dougal was the ARV-1 Super 2 ZK-FSQ which was first registered on 31/1/89 and cancelled on 30/7/90 when it was also exported to the UK. I don't have a photo of it as ZK-FSQ but here is a photo of it As G-BSRK in England, taken in 1991, soon after returning from New Zealand. The ARV-1 Super 2 was developed by Richard Noble of landspeed record fame in the UK in the 1980's to fill a gap in the trainer market. Around 40 were produced. It was of rugged construction and featured a 3 cylinder water cooled 2 stroke engine. This photo was taken by Derek Heley at www.abpic.co.uk Thanks to Derek for permission to use this photo.