No more Adventurer 333 Amphibians in NZ 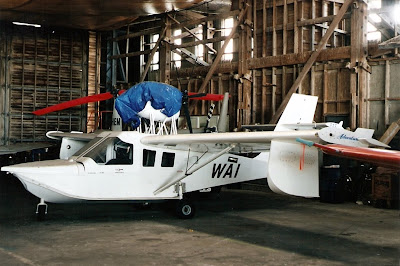 Our first Adventurer 333 was ZK-WAI which was first registered to the Newton Syndicate of Whakatane on 8/4/99. I only saw it once when I took this photo of it in the old hangar at Tauranga at the SAANZ flyin in February 2004. It looked rather neglected at that time, and I would guess that it did not clock up many hours. Can anyone add anything else to this story? It was cancelled from the register as revoked on 14/4/10. 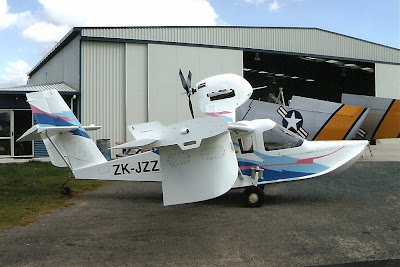 Our second (and more successful) Adventurer 333 was Marcus Mewett's ZK-JZZ which was first registered in June 2004. This aircraft performed satisfacttorily and I remember seeing it flying by Takapuna Beach on several test flights. Marcus left New Zealand for Australia and he flew ZK-JZZ to Australia where it is now registrered as VH-AJH. It was cancelled from the New Zealand register in June 2006.

Marcus Mewett is an aircraft engineer who came to New Zealand from Zimbabwe and he bought his Rand KR 2 VP-WUP with him and first registered it as ZK-KRZ on 19/7/93. It is still current and is owned in the Christchurch area.