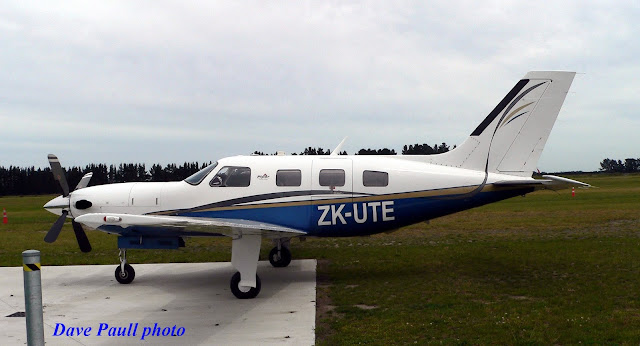 According to FR24 it did the Gisborne - Christchurch International - Rangiora and return in under four hours. 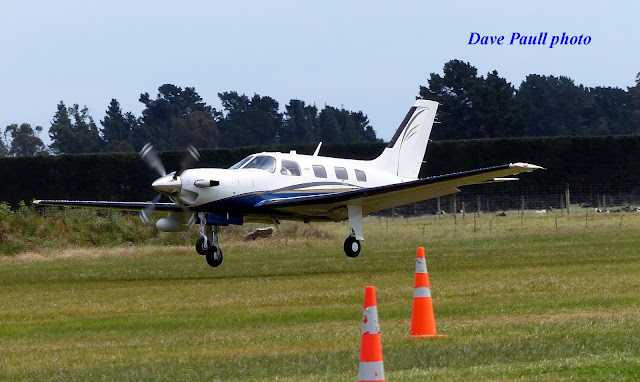 Airborne for Christchurch International - about 8 minutes away.
This was a product of 2004 and spent its early years in the States as N3103A before moving to Australia as VH-AFK8 in early 2017.
It arrived in Gisborne on 09-08-2019  to replace Andy's Beech A36 Bonanza ZK-UTE2 which had been re-registered as ZK-TRC4
To complete the picture - the first allocation of the ZK-UTE letters went to a re-registration of the NZ Aerospace FU24-954 ZK-VAL.
This was also used by Andy and went on to become ZK-CRY2.
Posted by Dave Paull at 09:09