On a rather dull day at Nelson yesterday (Monday the 14th) I managed to capture the Fisher Dakota Hawk ZK-LAF (c/n 054) of Richard Rayne which was first registered in December of 2016.
That is the wing of the Tim Bygate Tiger Hawk ZK-THK in the foreground. 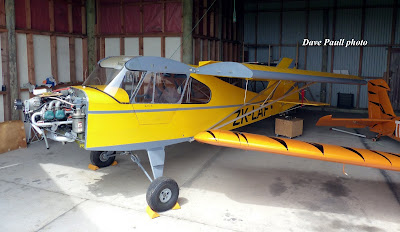 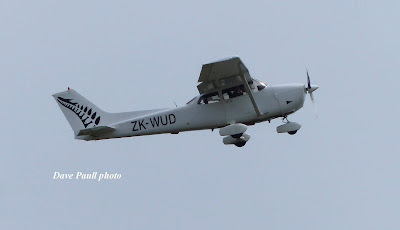 Departing was the Cessna 172S ZK-WUD (c/n 172S8516) of NZICPA of Whanganui.
This was previously ZK-FTM2  which has been mentioned several time previously  HERE.
It changed to WUD on 3 April 2019.