Lady Minty went for a tandem skydive with Skydive Auckland at Parakai today.  She jumped from 13,000 feet and says that the view from up there was spectacular.  The aircraft then climbed up to 20,000 feet where it dropped some more tandem jumpers.  I was told that this is the highest jump in New Zealand and you need oxygen to get up there.

Skydive Auckland have set up their base just across the road from the airfield so when you are kitted up you just walk across to the waiting plane, and the landing zone is off the airfield so that they don't have much effect on aircraft movements. 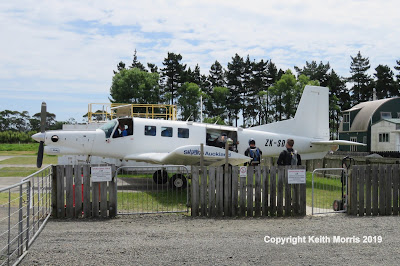 The jump ship was the locally based PAC 750XL ZK-SDF 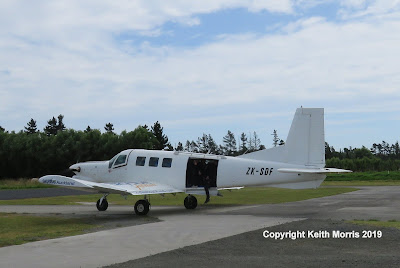 They did close the jump door before they took off! 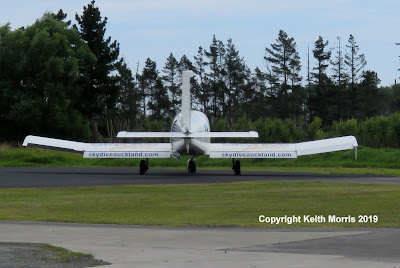 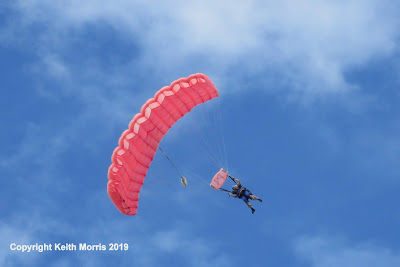 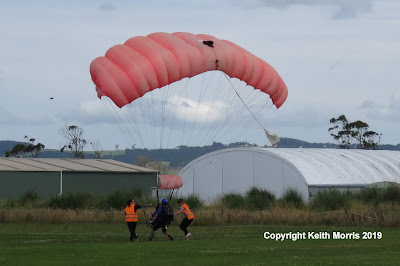 and in for a real smooth landing.

Another tick for the bucket list, but I prefer to be flying more horizontally!