We have here our one and only registered Pterodactyl Ptiger ZK-MIH1 (c/n MAANZ/082) which was first listed with Murray Hagen of Tuatapere on 26-06-1982.
Eddie Harris had it from 1989. 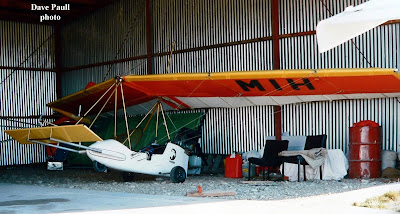 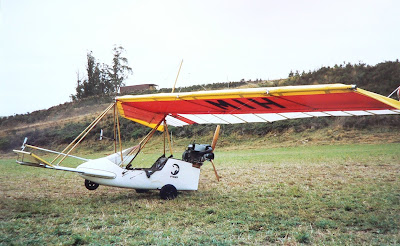 It is seen above at Waitohi - I believe a Graeme Main photograph - at Easter of 1992.
I think it went back to Murray Hagen at Te Anau with its registration being cancelled towards the end of last century. 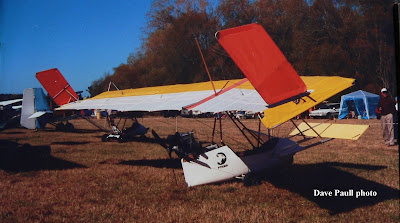 Two more views of it at Waitohi.

The Ptiger stemmed from the Pterodactyl 11 but has the fiberglass fuselage fairing and a wing span reduced to 9m and had three axis controls. The pitch was controlled by an all flying canard and roll by wing spoilers. Rudders were wing tip mounted and operated individually - pushing  both pedals at the same time actuated both rudders in opposite direction as airbrakes.
Posted by Dave Paull at 11:57