This morning at 11.33 am Steve Hinton lifted Rod Lewis's DH 98 Mosquito FB VI ZK-BCV off from Runway 03 at Ardmore for its first flight in New Zealand since 1955.  The flight lasted around 20 minutes.

This is the third Avspecs Mosquito and as with the other two it looked an sounded magnificent.  Congratulations to Warren Denholm and Avspecs. 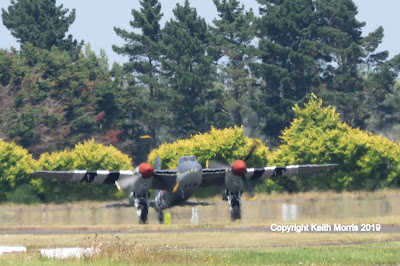 Lined up throught the heat haze with power being applied. 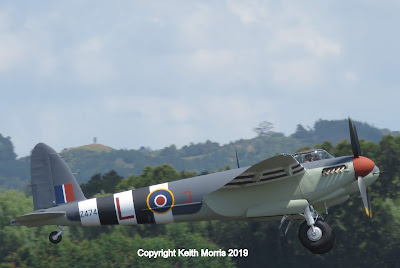 The take off was shallower than I expected. 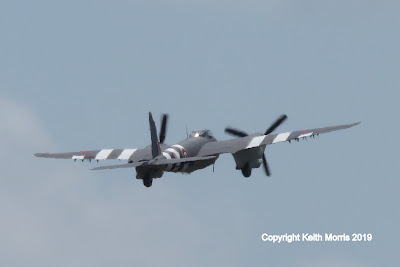 And climb out.  It was a privilege to be there.

I will post some more photos later.
Posted by Sir Minty at 14:20