Following the great pancake breakfast at Kaipara Flats, quite a few of the guys headed on up to Dargaville for lunch. 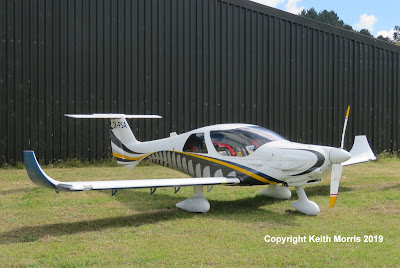 Peter Armstrong came up for breakfast from Ardmore in his Dyn Aero MCR 4S ZK-PSA.  he had a spare seat and so I went along for the ride. 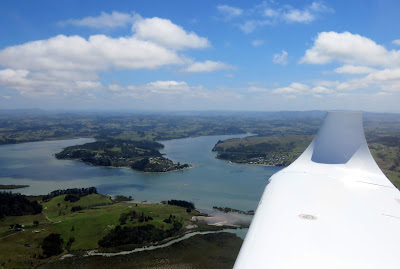 Lovely vistas over the Kaipara Harbour. 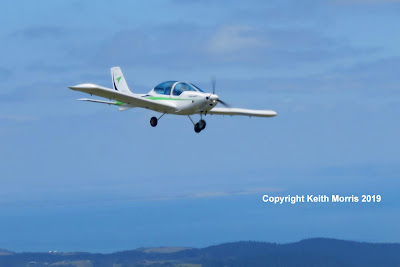 The Dyn Aero is a very slick machine with a Rotax 914, and we cruised at 125 knots while burning 16 litres per hour.  That is VERY economical!  On the way we flew past the Dargaville Aero Club's Fly Synthesis Texan ZK-TXN2 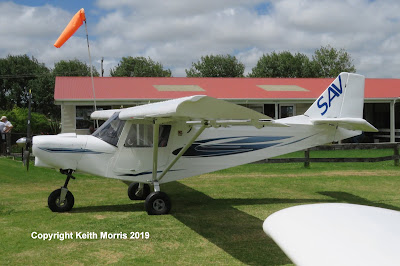 At Dargaville a new plane for me was Allan Jessop's Savannah ZK-SAV, although he has owned it since 2011. 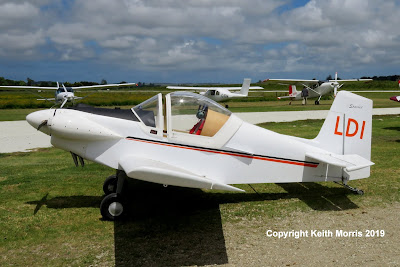 Murray Parkinson has now flown his Corby Starlet ZK-LDI, and he flew it across from Whangarei for lunch. 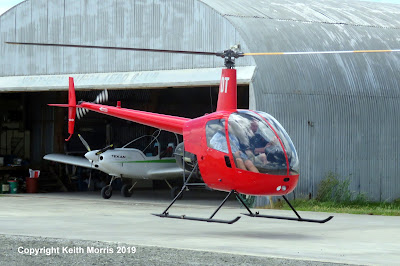 While Alan Coubray flew his Robinson R 22 ZK-HDT5  up from Whitianga via the Kaipara Flats breakfast. 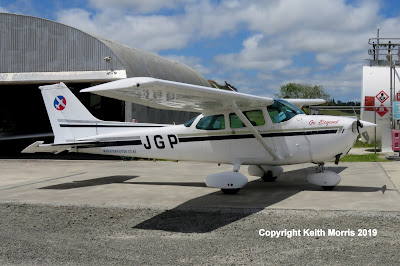 Waikato Aviation's Cessna 172M ZK-JGP also flew in for lunch after carrying out DOC surveys of various fauna in the North.  The pilot told me that JGP stood for Jolly Good Pilot! and also that the aircraft will have a repaint in the near future. 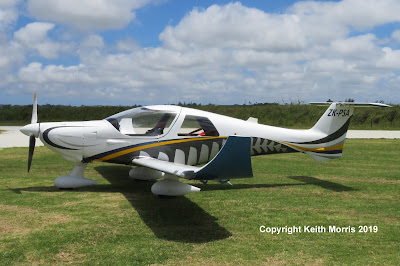 Then back to our steed for the return flight. 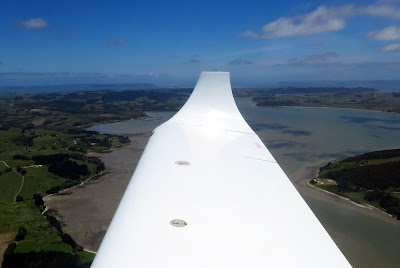 The distinctive wingtip with North Head behind and South Head in the front.  (Click the photo to enlarge). 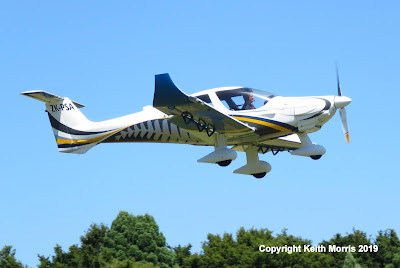 And on take off from Kaipara Flats after dropping me off.  Thanks very much Peter.