The Northern Aviators Club held their third flyin for the year, a slap up pancake breakfast with lots of yummy trimmings, at Kaipara Flats airfield this morning.  I got there early and met Rodger Coleclough who had flown up from North Shore in his Searey.  He had previously said he would take me for a water landing so this was a great time to do it, while the water was still calm and not too many boats were around. 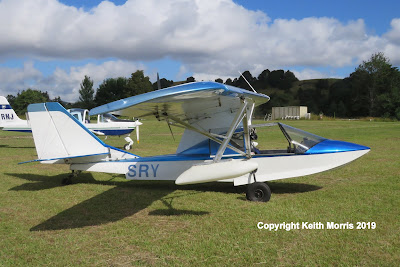 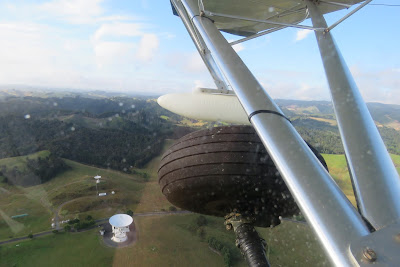 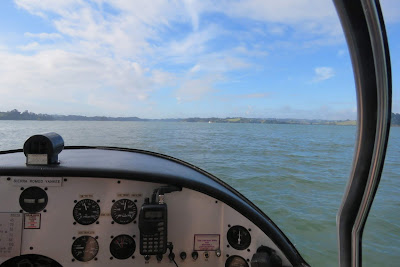 About to touch down on the Mahurangi Estuary 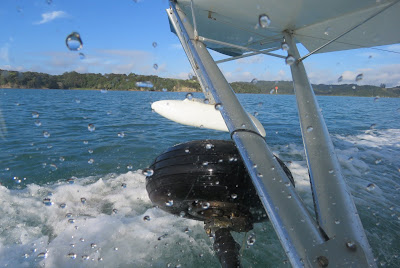 A shower of spray! 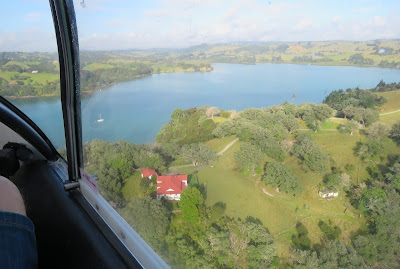 Lovely country to fly leisurely over 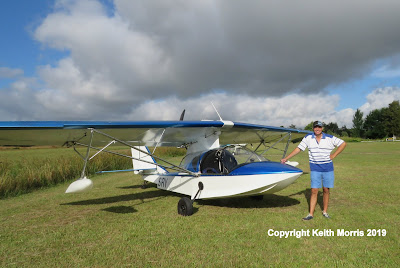 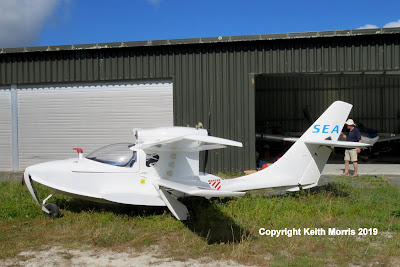 And another amphibian not seen outside very often was Kevin Mills' Aero Gare Sea Hawk ZK-SEA which has not flown for several years. Kevin told me that he intends to get it flying this year.