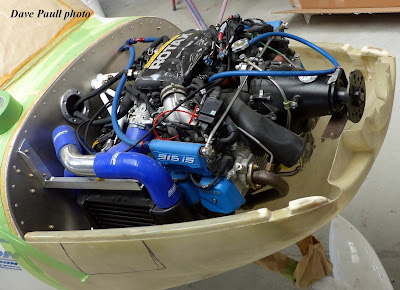 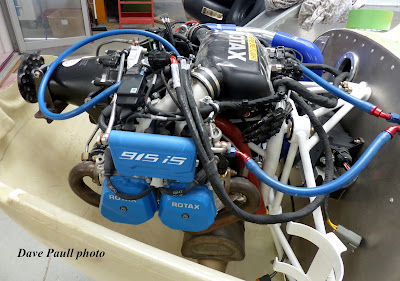 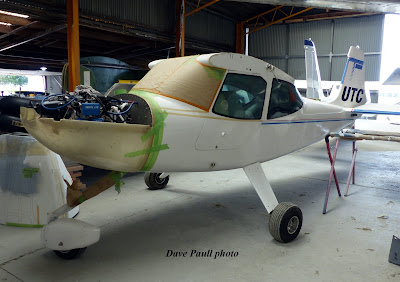 The Rotax-Werk AG  names goes back to Dresden in Germany in 1920 with a take over by Fichel and Sachs in 1930 with production moving to Schweinfurt and then to Wels in Austria in 1943 and then to Gunskirchen in 1947. 1959 saw a take over by Lohner-Werke of Vienna who in turn were purchased by Bombardier Inc of Canada in 1970 with production continuing at Gunskirchen in Austria  under the Bombardier-Rotax GmbH name.
The Bombardier was earlier perhaps best known in NZ for the manufacture of snowmobile engines but their many models have been used in many other fields. The early two stroke models 447, 501 and 503 etc have been used on many of our early microlights but it is four stroke Rotax 912 which we are interested in here.
Development of the 80hp 912 began in 1984 with certification being achieved in 1989 followed by several variants which tended to have different coloured rocker covers, starting with black followed by green and red then blue.
So the 915iS is a development of the 912iS with four air cooled cylinders and liquid cooled cylinder heads and of the same 1352cc capacity. It has dry sump forced lubrication and full authority digital engine control (FADEC) and uses dual channel Rockwell Collins UCU for the electronic fuel injection and ignition system.
The biggest differences are the new pistons and the reinforced crankshaft and a new design gearbox giving 2300 propeller rpm for 5800 engine revs - also designed to accept constant speed props. Add to this the turbocharger which helps produce 141hp for up to five minutes with a maximum continuous of 135hp. All this makes it only 15kg heavier than the 912iS. 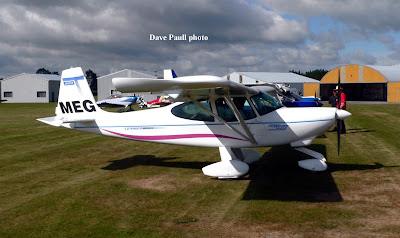 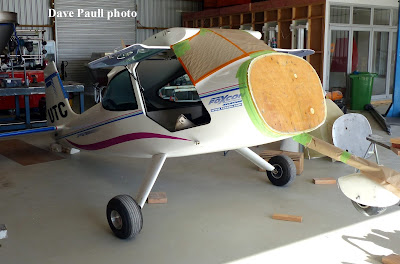